Rep. Price, Senator Tillis plan visits to Southern Border to 'get the facts' 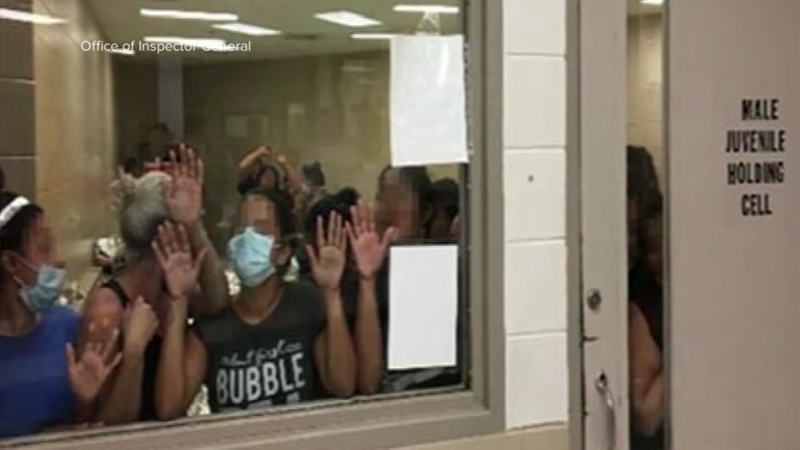 RALEIGH, N.C. (WTVD) -- At least two lawmakers representing North Carolina will make their way to the border between the United States and Mexico next week, the latest in a series of high-profile visits from Capitol Hill delegations.

"I think there's no substitute for being on the scene and observing for yourself and being able to ask questions," Rep. David Price, a Democrat representing parts of Wake, Durham and Orange counties, tells ABC11. "The fact is we need to have legal immigration in an orderly fashion and we need to deal with people seeking to come in in an orderly fashion."

Border crossings and customs processing centers, especially those housing children, are provoking both critical conversations and emotional reactions ahead of the 2020 presidential race.

So far this summer Democratic lawmakers and presidential candidates have visited and toured facilities in Texas and Florida, expressing outrage over they claim to have seen. Protests are also springing up nationwide and in North Carolina as public outcry permeates the political debate.

"The notion that we're favoring open borders or we are somehow pandering to illegal immigrants is political rhetoric," Price asserts. "We have a problem here that we need to deal with but it's certainly not past the capacity of this country to figure out how to handle this. We need to invest in the legal process and in particular make certain we can handle this influx of people who are coming because of desperate situations in Central America. We need to deal with these people in an orderly and fair way."

Republican leaders have long castigated Democrats for the deteriorating conditions at the border, accusing them of blocking legislation that could address issues like asylum.

"We need to stop people from taking this journey and try to make life better in their home countries," Sen. Lindsey Graham (R-South Carolina) said last week. "We need to turn off the flow (of migrants) and turn on the aid to Central America."

I’ll be visiting the border next week to get the facts. One thing I won’t be doing is launching smears against the overworked and underappreciated men and women of @DHSgov and @CBP.

"One thing I won't be doing is launching smears against the overworked and underappreciated men and women of (the Department of Homeland Security) and (Customs and Border Protection)."

Tillis, who is up for re-election in 2020 and who also faces a GOP primary challenger, has called the situation at the border a "national crisis" and "national emergency," but declared "this situation is not President Trump's fault.

It's the people exploiting ...the U.S. legal system for financial gain among the organized crime and it is disgusting that Congress cannot recognize that we should be urging those who are thinking about making the journey to immigrate illegally to please not do that to your children and risk their lives."
Report a correction or typo
Related topics:
ncborder patrolborder crisisimmigration
Copyright © 2021 WTVD-TV. All Rights Reserved.
TOP STORIES
LATEST: CDC considers new mask mandates
4 arrested in drive-by shooting that killed teen
1 killed in crash on Junction Road in Durham
Owner charged in dog attack that injured 4 in North Raleigh
Gymnastics team wears different uniform to protest 'sexualization'
Aussie Terminator takes out Ledecky in 1st Olympics matchup
Show More
NC weather: Storms return Monday
Clemson, UNC stand atop ACC football preseason poll
NC lawmakers take break this week ahead of budget talks
Hero officers, bystanders save mom, baby pinned under car: video
Woman seriously injured after being hit by gunfire in Durham
More TOP STORIES News