WTVD
RALEIGH (WTVD) -- Police are trying to figure out what happened in the moments before a Raleigh surgeon crashed into a tree off Wade Avenue Thursday afternoon. He later died from his injuries.

According to a police report, Matthew Strouch, a colorectal surgeon with UNC REX Healthcare was traveling at a speed of 148 miles per hour when he crashed.

Strouch was in a Porsche on West Wade Avenue and trying to exit onto I-40 East.

Zaneta Strouch and her husband Matthew

Police said he was unable to maintain control of his vehicle due to excessive speed and left the roadway.

The vehicle then became airborne and struck a tree.

Strouch was transported to WakeMed, with serious life-threatening injuries, where he later died.

His wife, Zaneta, said it was unlike her husband to be traveling that fast.

"He never would drive that fast on purpose," she said. "Something went wrong. He never drives that way. Never! Even with a car like that, he's always in control and he knows the roads and he's been having some health issues and he hasn't been himself all the time. And I don't know if he had something happen to him that made him drive like that. But that's just not him. He's not reckless at all. He's an amazing surgeon and he takes really good care of everyone. He would never do anything to hurt himself or anybody else in that way at all."

Matthew and Zaneta were married for 13 years. They had two children together; a seven-year-old daughter and an eight-year-old son.

"He was the most amazing person. He loved his job. He was an amazing doctor. He cared about everyone. He had a lot of energy. He loved his kids and me and he just, he was amazing in every way," said Zaneta.

"Our UNC REX Healthcare family is devastated by the death of Dr. Matthew Strouch, a highly regarded and compassionate colorectal surgeon. Our condolences go out to his wife and children, his patients and his co-workers. Dr. Strouch was Medical Director of the Colorectal Division of North Carolina Surgery and specialized in life-saving procedures for patients with colon and rectal cancer and other gastrointestinal problems. He joined UNC REX in 2012."

Strouch was a father of two; his son is in the second grade and his daughter is in third.
Report a correction or typo
Related topics:
raleighraleigh newstraffic accidentcrash
Copyright © 2020 WTVD-TV. All Rights Reserved.
More Videos
From CNN Newsource affiliates
TOP STORIES 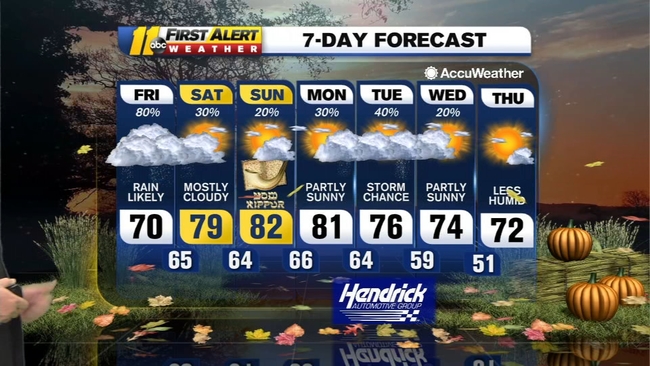