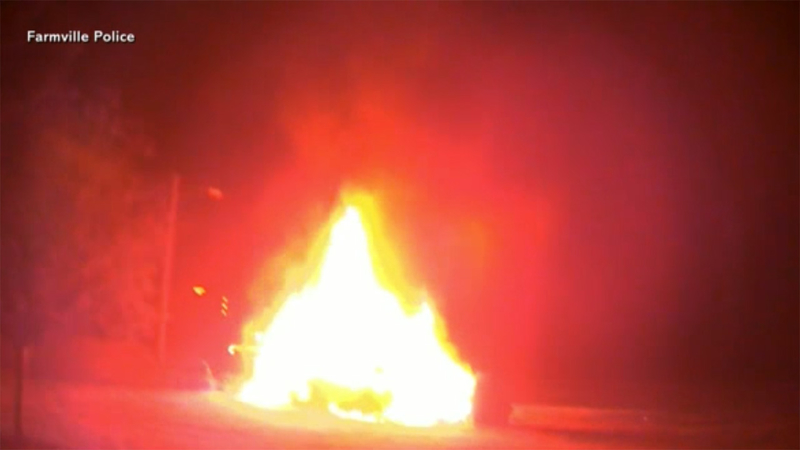 Hero cops save woman from burning car moments before explosion

Officers Dalton Foley and Olivia Martin were called to the scene after a single-car crash in Farmville, Virginia, around 4 a.m.

Body camera footage shows the woman trapped in the burning car before an officer pulls out his knife to cut her seatbelt.

The two officers, along with good Samaritans, then drag the 57-year-old driver to safety. Seconds later, the car explodes, engulfing the vehicle in flames.

"We'll both be honest, we had a lot of fear, we've never dealt with anything like that so kind of in the back of your head, you're scared, but you kind of have to put it down and have to go to work," Foley told WRIC in Richmond.