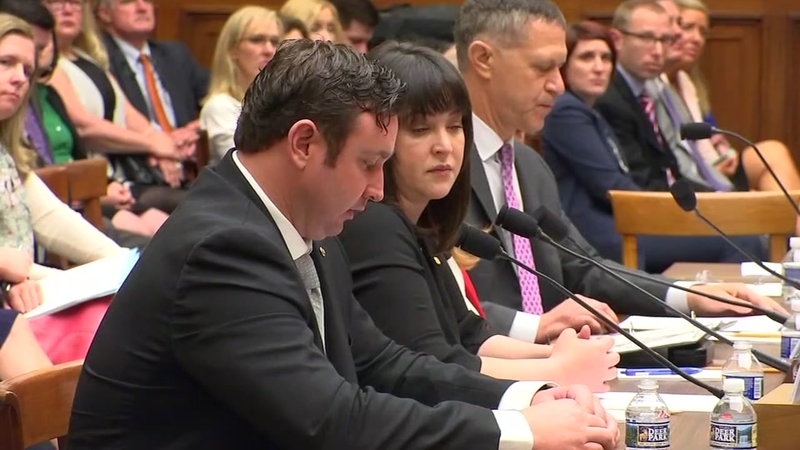 WASHINGTON (WTVD) -- There was a victory on Capitol Hill for Fort Bragg soldier Sgt. 1st Class Richard Stayskal who is fighting for a change that would give active duty military the right to sue for medical malpractice.

On Friday, the House passed its version of the 2020 National Defense Authorization Act, and it includes a bill named after Stayskal. The bill includes provisions to the Feres Doctrine, a nearly 70-year-old legal rule that prevents active duty soldiers from suing for medical malpractice.

"Today is the day that my clients in the Armed Forces have a chance to the justice that they long deserved," Stayskal's attorney, Natalie Khawam said Friday. "My client Sgt. 1st Class Richard Stayskal is a true American hero and a patriot. We fought long and hard so that our troops can seek vindication with the success of the House passing our bill today.

"I look forward to representing and bringing justice for all our members of the military (who) were wronged by medical malpractice," she added.

In December, we first told Stayskal's fight to change the Feres Doctrine. The Purple Heart recipient is stationed at Fort Bragg and lives in Pinehurst with his wife, Megan, and two daughters. He has stage four lung cancer.

We were with Stayskal as he took his fight to lawmakers in Washington. They listened and proposed The Sergeant First Class Richard Stayskal Military Medical Accountability Act of 2019. Provisions of that act are now included in the House's defense bill that passed Friday.