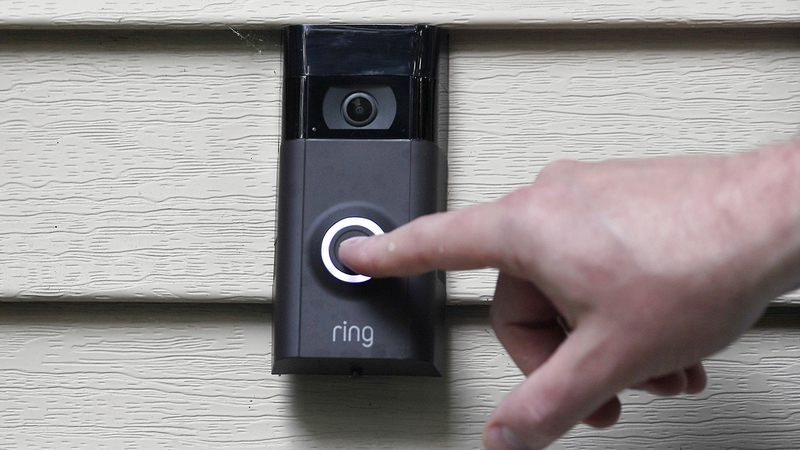 NEW YORK -- Amazon and its Ring cameras were slammed with a $5 million class-action lawsuit claiming that the products are too vulnerable to hacking.

The lawsuit comes after several Ring users became victim of hacking, and in many cases, the hackers spied on and taunted residents through the camera system.

In one case, a hacker taunted an 8-year-old Mississippi girl from her room, and in another, a Florida man was harassed with racial slurs.

John Baker Orange, who is filing the suit, claimed the Ring camera above his garage was hacked, allowing a stranger to talk to his kids "encouraging them to get closer to the camera" as they played basketball in the driveway.

The father of three from Alabama is accusing Ring and its owner Amazon of "lax security standards."

"The allegation is that they had the tools at their disposal to make their system more hack-proof, but they didn't do it," said Caroline Polisi of Columbia Law School.

Ring has previously stated that the incidents across the country were in no way related to a breach or compromise of Ring security.

"What happened was -- this came from someone using the same username and password elsewhere that was gained from that and they logged into using that user's account," Ring CEO Jamie Siminoff said on the Tamron Hall Show.

But the lawsuit alleges Ring was "blaming customers for failing to create strong security passwords" to "distance itself from liability," saying the company "failed to provide sufficiently robust security measures, such as two-factor authentication."

"It really strikes a chord in the heart of everyday Americans," Polisi said. "And I do think that they have leverage in that regard when it comes to any settlement negotiations"

Ring was released in 2015 and expanded to include indoor and outdoor cameras that feature video with two-way audio communications. The security product is "affordable, easy to install, simple to use," and is designed to operate through the customer's Wi-Fi network and has partnerships with law enforcement agencies around the country, according to the suit.

When reached for comment, Amazon referred ABC News to Ring, who said it does not comment on legal matters.