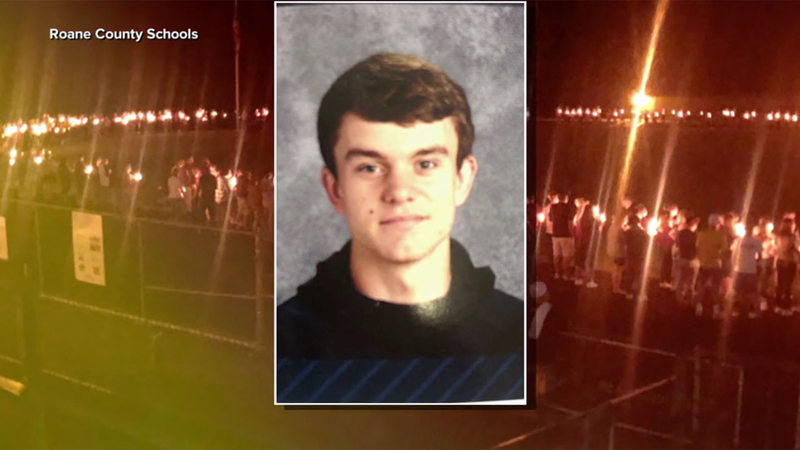 CLAY, W.Va. -- West Virginia school officials say a student has died after collapsing on the field during a football game.

Roane County High School has confirmed senior Alex Miller died Friday evening while playing a football game at Clay County High School. According to witnesses, football players were returning to the field to begin the second quarter when there was a call for emergency medical attention. The game was stopped and Miller was transported to a local hospital.

"It's a shock to them. They were there getting ready for the second quarter one moment," Duncan said, "and the next moment, Alex was on the ground."

The game was initially suspended until Saturday after Miller's collapse, but has now been postponed indefinitely.

No further information about Miller's death was immediately available. Friends later decorated Miller's parking spot at the school in his honor, and community members took to social media to express their grief.

"We've had just an outpouring of support from communities both within Roane County and all around the state," Duncan added.