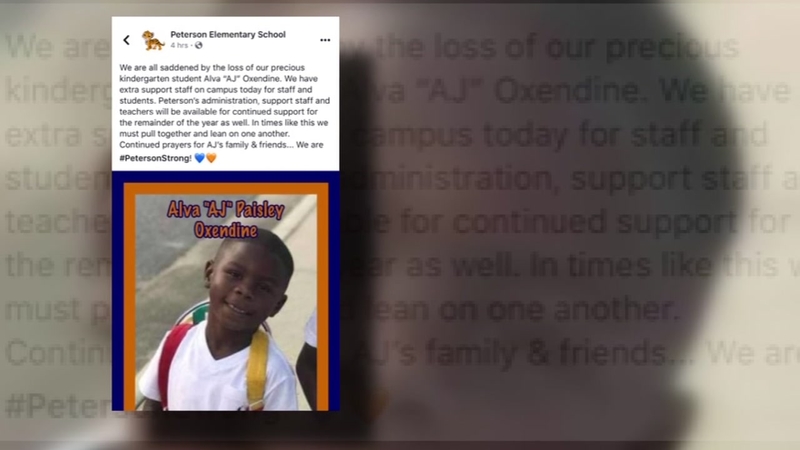 ROBESON COUNTY, N.C. (WTVD) -- A community is mourning after a 5-year-old boy was shot and killed in Red Springs Wednesday evening.

Police said he was an innocent child caught in the crossfire.

Surveillance video shows Alva Oxendine's mom clinging to her son, banging on the door of the police department for help. Minutes later, police and EMS arrived. He was taken to the hospital but later died.

"This is an innocent baby that didn't deserve to die," Red Springs Chief of Police Ronnie Patterson told ABC11.

Although the case is being handled by the Robeson County Sheriff's Office, Patterson knew the family well.

"Yesterday I was little upset about a five year old passing away in a senseless killing," he said. "Today I feel like I'm a little angry about it and we want to send some closure to the family."

Police say it all started when two women agreed to meet up and fight. According to Patterson, the mom was only there to check on one of her family members who was involved. But that's when gunshots broke out.

One hit the 5-year-old boy who was strapped in the back seat.

"In times like this we must pull together and lean on one another," a Facebook post from the school said. "Continued prayers for AJ's family & friends..."

Patterson said the family was able to give a solid description of the shooter.