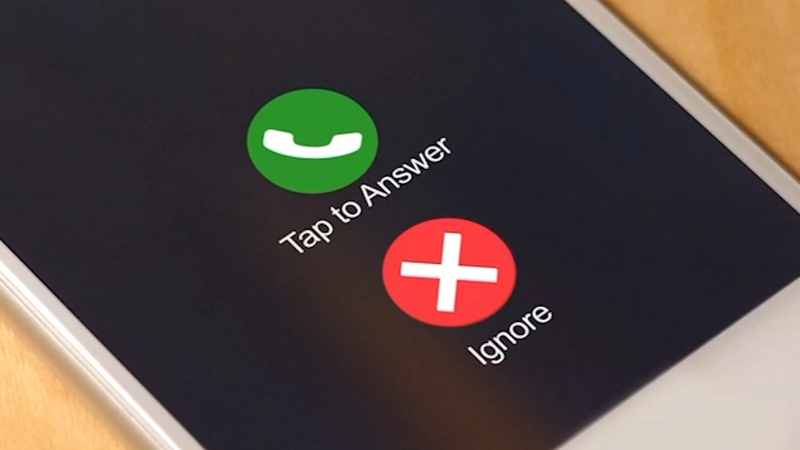 RALEIGH (WTVD) -- When was the last time you got a spam call?

If it was today or just five minutes ago, you are far from alone.

With the federal government rolling out the latest effort to control telemarketing calls, we had to wonder if the scammers can ever really be reined in.

So we met with North Carolina's chief law enforcement officer to ask him.

"This is out of control," NC Attorney General Josh Stein told ABC11, "It's terrible because it's annoying to you and me but what really upsets me is the millions of dollars they steal from vulnerable people."

You know it's a problem when the state attorney general gets the same scam calls we do.

"I don't know that we can put a complete stop to robocalls but we can definitely do better. A lot of this grows out of technology," Stein said explaining that most of the unwanted calls we get show up on caller identification as legitimate numbers.

The scammers are using the numbers as cover.

The number you see on caller ID number is not really the number they are calling from.

How to slow down that annoying car warranty robocall

The problem is some carriers are profiting from those calls according to Stein who said, "They're acting like they're just a bulletin board, and they don't know who's using their service. And that's bull. They need to know who their customer is and what their business is. And when we have that information, we will be able to identify who the criminals are."

"STIR/SHAKEN puts a digital fingerprint on that phone call so that they will no longer be able to misrepresent who they are and what the phone number that's making the call is," Stein said.

He is also bothered by the fact that some companies also profit from the calls by charging for apps that screen them.

And, it's not unusual for those apps to mislabel a legitimate call as a telemarketing call.

That, however, is a problem the phone companies are actively working on according to Stein who said, "They are very much aware of the false positives where it's a legitimate call that's been mislabeled as spam, and they are doing everything in their power to update the sophistication of their technology."

Right now, that group is focused mostly on working with the federal government and phone companies to finally put a dent in illegitimate telemarketing calls according to Stein.

"We are in a technological arms race that the criminals are using the internet to evade law enforcement," he said, "And we need to use technology to do a better job screening them out."