'My baby dead in the backseat': Emotional 911 calls from Rocky Mount released 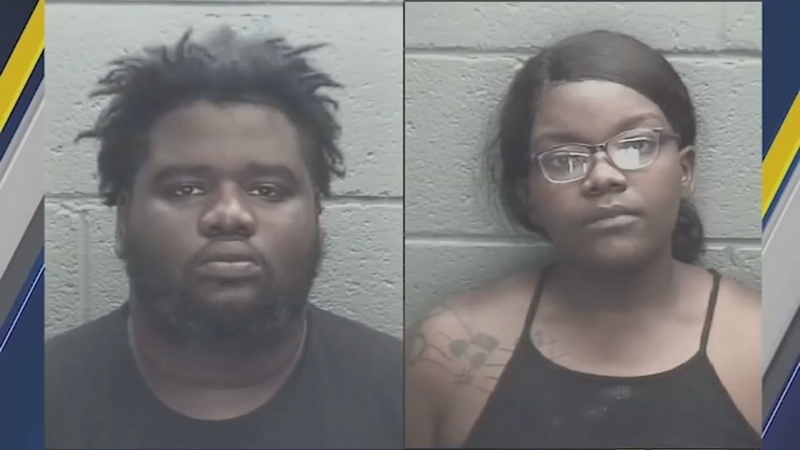 ROCKY MOUNT, N.C. (WTVD) -- The 911 calls after two young Rocky Mount children were unresponsive inside a car were fraught with emotion and hysteria.

CALLER: My baby dead in the backseat.

It's not clear whether the operator on Saturday's call was speaking to the children's mother, Zharia Noel or her boyfriend, Ahmene Butler.

The operator tries to gain control of the call in an attempt to help the caller perform CPR. But their attempts seem unsuccessful as the chaos continues to unfold.

On Tuesday, ABC11 spoke to a paramedic off camera who said they responded to the scene. They describe the situation as very difficult. And days after the incident, it's even harder to shake off what they saw.

Amariah Noel, 14 months old, and her 3-month-old brother Kamryn were confirmed dead at the hospital.

Noel and Butler faced a judge for the first time Monday. They are charged with involuntary manslaughter and child abuse.

On Tuesday, the Edgecombe County Department of Social Services told ABC11 that it had no prior knowledge of this family before this incident.

There are no previous cases involving the parents or the children.

People in the community remain heartbroken.

"I shed a little tear," said Alice Freeman, who like so many others in her community is wondering why.

"No kids should have to go through anything like that," said Freeman. "I think they should have stayed in jail," she said of the mother and boyfriend, who were released on bail.

On Monday, ABC11 visited the home listed for Noel. The person at the door said they had no comment.

At Butler's home, a person inside said he wasn't there.

ABC11 visited Butler's home again Tuesday. He hid behind the door and asked the crew to leave.

It's still not clear what led up to the children's deaths.

Rocky Mount Police are waiting for autopsy results to determine whether there will be more charges filed.