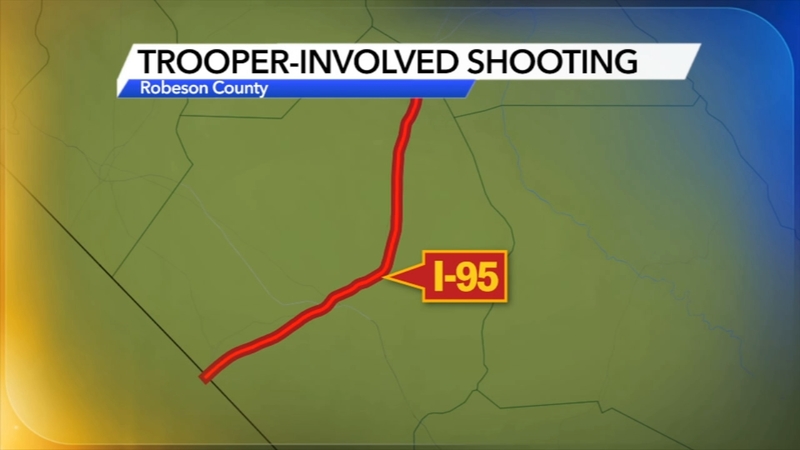 The NC Department of Public Safety said McDaniel was conducting a safety inspection of a commercial motor vehicle when a man who was not involved in the inspection walked up.

McDaniel said the man had a knife. He told the man to stop, but when he refused, McDaniel opened fire.

ABC11 is not identifying the man because he does not currently face charges in the incident.

The man was taken to hospital for medical treatment.

North Carolina State Bureau of Investigation is conducting an investigation at the request of SHP.

The trooper has been placed on administrative duty pending an internal investigation which is agency protocol in any officer-involved shooting.