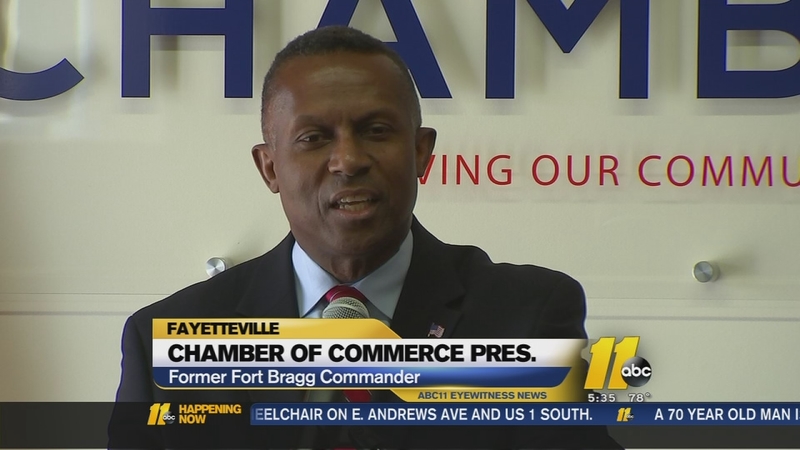 As they always do when he begins his chants, the crowd repeated the mottos and cheered.

Anderson, a retired deputy commander from Fort Bragg, was formally announced as the President and CEO of the Greater Fayetteville Chamber of Commerce. A room of community and business leaders, elected officials and Anderson's supporters packed the Chamber's downtown office to usher in a new business era.

"Rodney understands our community needs and the uniqueness of a military community, and is ready on day one to make an impact for our members," said George Breece, Chairman of the Chamber's Board of Directors.

Breece said Anderson was chosen for the post from an applicant pool of 44 candidates during a four-month search.

Anderson, who served in the Army for 33 years, retired as deputy commander of Fort Bragg and the 18th Airborne Corps in 2012. He and his wife Linda have three adult children, and decided to settle in Fayetteville. He has helped the Chamber create a contingency plan for Army cuts, and will tackle the group's Take Force 2025 Report when he begins his duties on Nov. 1. That report aims to transition The Alliance economic development arm from the Chamber.

In his acceptance speech, Anderson joked that his wife gave him the permission to take on another duty, and his daughter Lindsey helped him fill out a civilian job application.