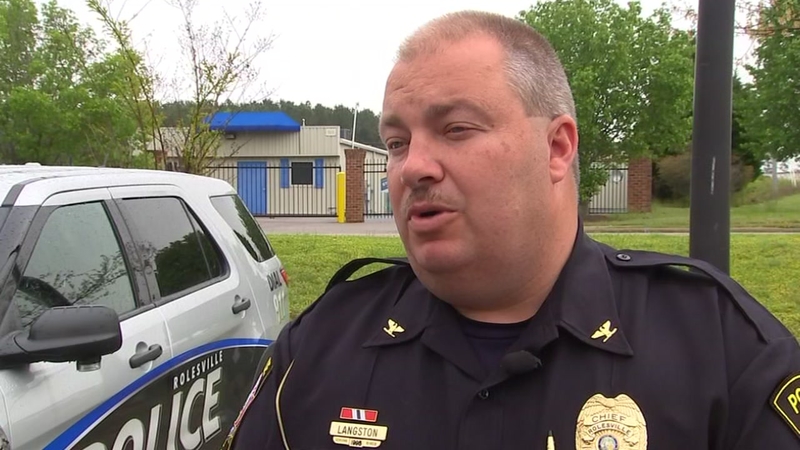 ROLESVILLE, N.C. (WTVD) -- A Rolesville police officer is suing the town, saying a previous police chief inappropriately touched him days before killing himself.

According to the lawsuit, on March 25, 2017, the 26-year-old Wake County resident was with Police Chief Bobby Langston II in Charlotte for law enforcement training.

The man says when he arrived at the Embassy Suites in Charlotte, he learned that Langston reserved just one room with a single king-sized bed.

The plaintiff said he planned to stay on the couch in their room.

The pair then went to dinner where they ate and drank alcohol.

After dinner, records show Langston told the officer they could share the bed, saying he would place a pillow in between them.

While the plaintiff was trying to fall asleep, he said Langston unwelcomingly touched his penis several times.

The man said he moved the chief's hand away and told him "no" but said he stayed in the bed because he "feared repercussions."

The next day, the man said Langston apologized for his behavior and said he would resign.

When he returned from the law enforcement training, the plaintiff said he was told to file a written complaint about the incident. He said he did that but was never informed of the outcome of the investigation.

Langston was found in his home with a self-inflicted gunshot wound five days later, leaving behind a wife and two daughters.
The plaintiff said the police department did not provide him with adequate training of its anti-harassment policy or complaint procedure.

He is now suing for violation of his civil rights, damages of emotional distress and humiliation, and past and future medical expenses.