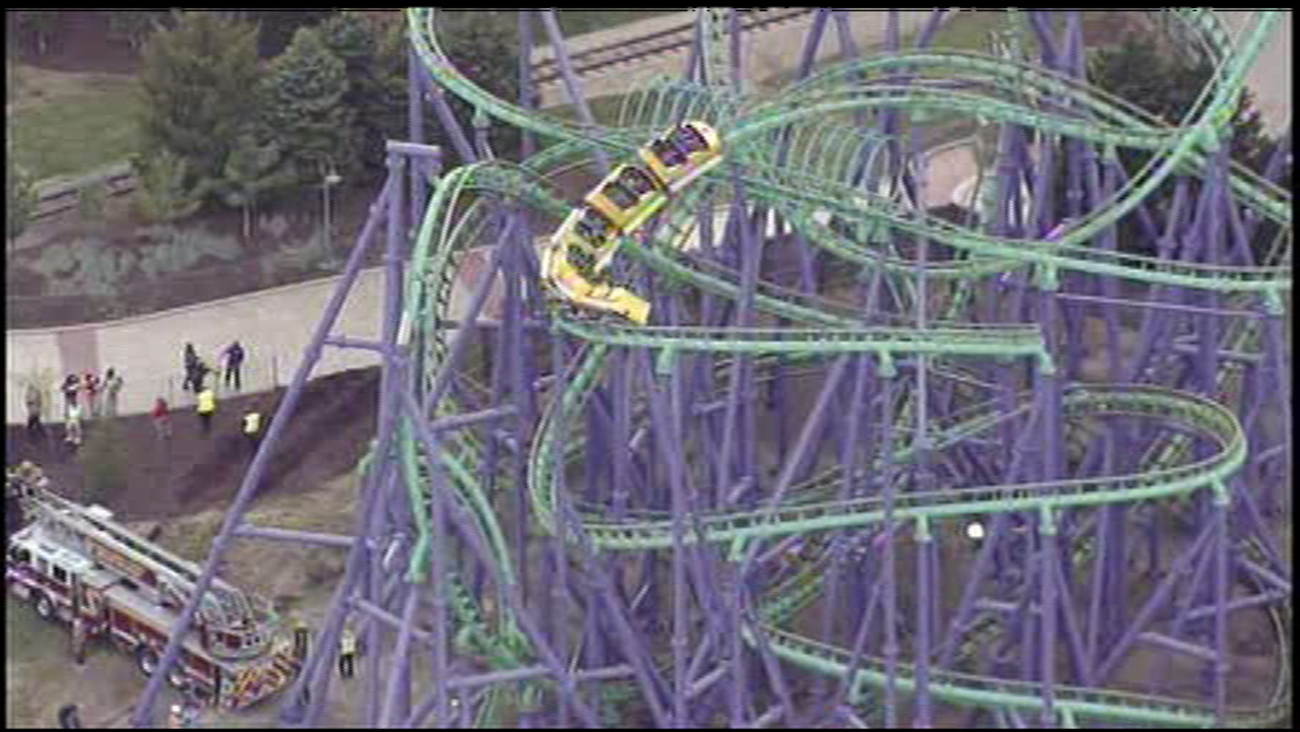 The Joker's Jinx in Maryland

Earlier, Brady wrote on Twitter that the riders were "upright" and that no one appeared to be in distress.

Video from the scene showed a ladder from a fire truck being extended to transport the passengers safely to the ground.

Firefighters first removed the children from the ride. Video shows two children and one adult accompanied by firefighters as they are lowered to the ground in the bucket of the fire truck ladder.

"Earlier this evening, Joker's Jinx did not complete its regular ride cycle causing it to stop at a safe location on the track," Denise Stokes, communications manager for Six Flags America told ABC News. "George's County Fire Department was assisted by the Anne Arundel County Fire Department in getting the riders safely off the ride, and this process was completed at 9:21 p.m. The safety of our guests is our highest priority and the ride will be closed for a thorough inspection before re-opening."

A similar incident occurred on the same ride -- the Joker's Jinx -- in 2014, when passengers were stuck 75 feet above the ground for nearly five hours.

No one was injured in the 2014 incident. At the time, Six Flags said the ride has a computerized safety system that can cause the ride to stop if there is a problem detected.