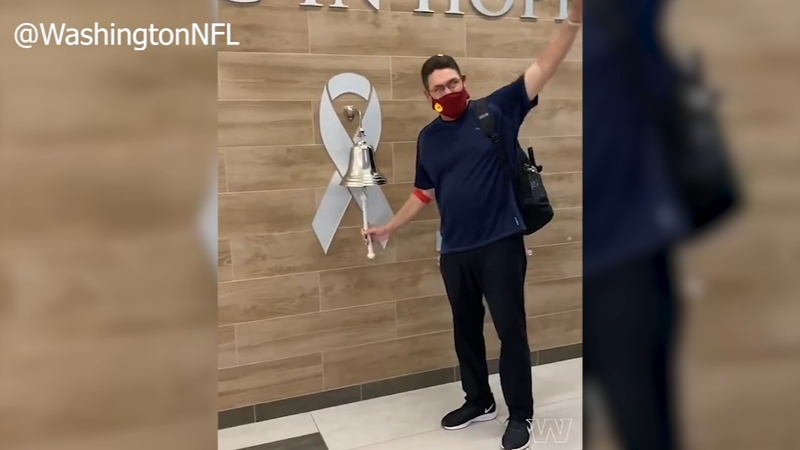 Rivera, now the head coach of the Washington Football Team, announced in August that he had squamous cell carcinoma (SCC) in his lymph nodes.

Rivera caught his cancer early thanks to a self-check.

He's undergone seven weeks of treatments, and doctors said they are pleased with his progress.

Rivera will still have several weeks of follow-ups and scans, but he says his outlook remains good.

"I've been told it's headed in the right direction," Rivera said.