'Everything is gone:' NC family loses everything in fire after Hurricane Dorian power outage 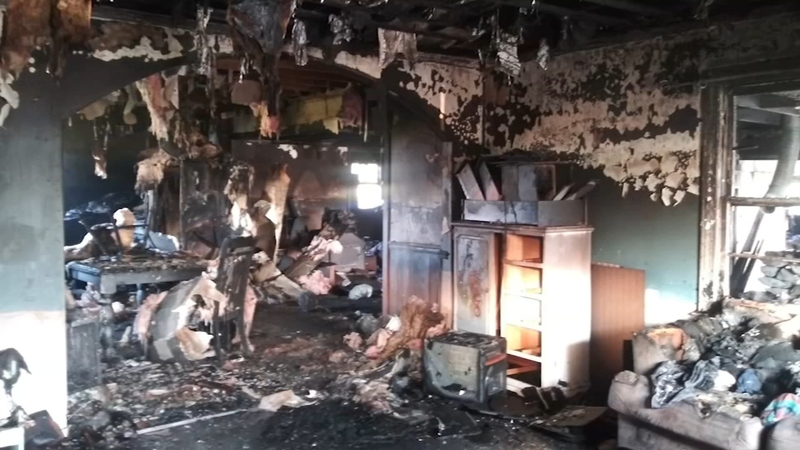 'Everything is gone': NC family loses everything in fire after Hurricane Dorian power outage

DURHAM, N.C. (WTVD) -- A North Carolina family is left with nothing after their home in Beaufort County went up in flames in the aftermath of Hurricane Dorian.

The power went out in the storm in their Pantego home and when it came back on, a power surge sparked the fire.

The Moraleses were already in the Triangle, visiting their son at a nearby hospital and staying at the Ronald McDonald House when the fire happened.

"Within a half-hour, it was all gone," said Erica Morales, the mother of seven. "Everything I had built in seven years was gone in 30 minutes."

Erica said she was going to leave her oldest daughter Patricia home while she came to Durham to visit her 10-year-old but she decided not to.

"I didn't want Jayden to be overwhelmed when we visit," Erica said referring to her 10-year-old who's being treated in Butner. "It was a good thing I did because we got a phone call on Saturday that when the power came back on, it surged the box, the electrical box in the kitchen and my house went up in flames so we don't have a house."

They also lost their cars in the fire in addition to countless memories.

"The house is what I needed to be a single mom with seven kids," she said. "It was the space we needed and everything so it was our home. Now all the kids' memories, everything they made in school, everything they treasure from the littlest picture they make to their little school pictures -- it's all gone. I have nothing."

For now, they're continuing to stay the Ronald McDonald House in Durham while they try and figure out what's next. Erica credited the "patience" of the staff and the place in general as they deal with the pain. They even threw a 'make-believe' party for their 4-year-old this week.

"They don't understand how much much that moment meant to him and my family," Erica said. "It's been bad and he needed that."

The only car they have now is the one they drove with them from Pantego to Durham.