Despite donor numbers being down, charities continue to see larger monetary donations 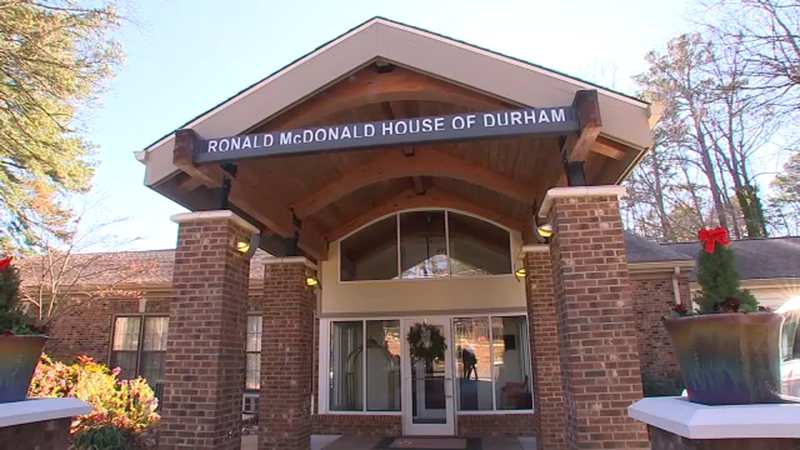 DURHAM, N.C. (WTVD) -- There are just a couple more days to make charitable gifts before the end of the tax year, but that might not be enough incentive to give anymore.

Though the data is still limited, economists are starting to measure the effects of the dramatic changes to tax laws brought on by the implantation of the Tax Cuts and Jobs Act of 2017. The law, passed by Republicans and signed by President Donald Trump, doubled the standard deduction for most American families from $12,700 to $24,000, among many, many other changes.

"I believe there are two schools of thought -- there's a school of thought of scarcity and a school of thought of abundance" Oie Osterkamp, Executive Director of the Ronald McDonald House of Durham & Wake, told ABC11 in December 2018. "It's going to be really interesting to see how much of that philanthropic feeling pushes them to give or if they going to go, 'Since I can't deduct it anymore, I might not do it.'"

"It's humankind at its best," Osterkamp asserts to ABC11. "People who support something from their heart find out, like we all do with any gift, the giver gets tenfold what they try to give somebody else."

By itself, Ronald McDonald House's success is a positive development, but national data collected by a variety of entities appear to show a mixed bag of success.

In its 2018 Annual Report, Giving USA calls 2018 a "complex year" for charitable giving, concluding that individual giving fell by 1.1 percent, from $295 billion in 2017 to $292 billion last year - ended a four-year streak of increases. Last year's individual giving also proved to be the largest decline since 2009, and the economic conditions couldn't be starker.

At the same time, however, Giving USA reports corporate giving and donations through foundations were up significantly, making up for the drop in individual gifts and pushing overall giving into a net positive.

Research from the Fundraising Effectiveness Project offers similar pictures: Major Donors ($1000 and up) increased 2.6 percent year over year, but Mid-Level donors ($250-999) and General Donors (under $250) decreased by 4.0 percent and 4.4 percent, respectively.

"All it takes is a few $100 million gifts and that makes up for a lot of reduction at the middle," Charles Clotfelter, Professor of Public Policy Studies at Duke University, explains to ABC11. "I think the religious organizations and the local charities are the ones they depend on are not super affluent givers. Those are the organizations that are going to struggle in this new environment."

The new environment could also change quickly if the economy takes a turn for the worse.

"It can turn pretty quickly as we saw in 2008," Clotfelter said. "In 2008 the bottom fell out of the market, everyone got scared, people's houses were suddenly worth less than they thought they were and we're still probably lingering in the shadow of that Great Recession."
Report a correction or typo
Related topics:
societydurhammoneyeconomyi teamnonprofitdonations
Copyright © 2022 WTVD-TV. All Rights Reserved.
I-TEAM
Monthly tax credits end, force some NC families to make cuts
Body camera footage shows moments after Jason Walker's death
Ethics commission dismisses allegations against FPD Chief
More than $10M of PPE left in the rain in CA county
TOP STORIES
Snow, sleet, freezing rain expected again this week
NC legislature votes to further delay primaries until June 7
Third arrest made in Black Friday shooting at Streets at Southpoint
Daniel Turcios shot 5 times after crash on I-440, RPD reports
'He was special': Durham friends remember Andre Leon Talley
'We can't get any more': Store struggles to restock shelves
Victim in fatal I-85 crash was just 3 months old
Show More
19-year-old charged in wreck that left 2 Marines dead
Earnhardt Jr. to be inducted into NASCAR Hall of Fame
Raleigh man feels lucky to be alive after bullet found above his bed
2-year-old accidentally shot himself in Harnett County
Biden, 1 year in, says nation weary from COVID but in a better place
More TOP STORIES News