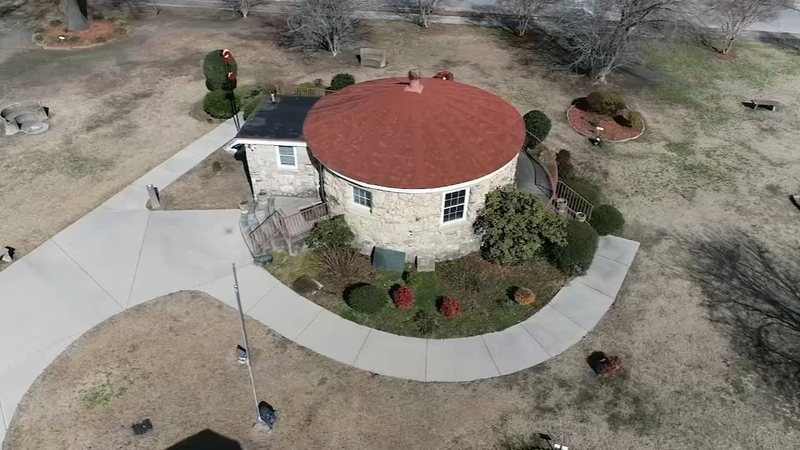 Unique round house in Wilson is window into Black history

WILSON, N.C. (WTVD) -- Abandoned, worn down and almost forgotten--a special round house built back in 1946 has been saved for future generations to learn the story behind it.

If walls could talk, the round house in Wilson would likely say, ""Thank you...thank you because you saved my life," explained Bill Myers, executive director of the Oliver Nestus Freeman Round House Museum.

In the late 90s, the round house still stood on Freeman Street in Wilson. Oliver Nestus Freeman built the round house in 1946, and to say the creative African American mason was ahead of his time might be an understatement.

He recognized a need for affordable housing after World War II. Decades later, a few councilman recognized the need to remember Freeman's contributions and Myers agreed.

"I said, 'I think that's a great idea. There's so much of our history that's not in the text books, that's been omitted, that people don't know,' Myers said.

SEE ALSO: Meet the NC Civil War leader who was intentionally erased from our history books

Myers was not alone in his support of the idea to remember Freeman's work.

With more than $30,000 in the bank, the community got to work. The house was moved from its original location to East Nash Street.

Renovating and restoring, volunteers got to the bones of the unique 800-square-foot structure. Pine polls framed the home and Freeman's creativity shined through the decades.

Oliver Nestus Freeman built the round house in 1946, and through recovery efforts it still stands today as a living monument to history.

"Stones, brick, rocks-anything he could scrounge up to make this house, that's what he did," Myers said.

Some of Freeman's 36 homes still stand throughout Wilson, but there was only one round house. Freeman was inspired by homes built in Zimbabwe without seams so snakes could not get inside.

"We're talking about African America history of course, but this is for everybody. Everybody needs to live and work together. If we can do that, this is what this is about," Myers said.

For nearly 20 years, the Round House Museum continued to honor Freeman's legacy, but the museum realized there were just so many African Americans who made a difference in the Wilson community. So many that the museum needed more space.

That's why they worked around the clock to build a new building--just steps away from the round house--to take a deeper dive into Wilson's history.

"It's a dream come true. This is what I wanted. I wanted this for Wilson," Myers said.

The new addition takes a step back into history, covering topics like religion and medicine, all to show how far the community has come.

"I want them to know this...that this didn't just happen automatically. People were responsible for doing this," Myers said.