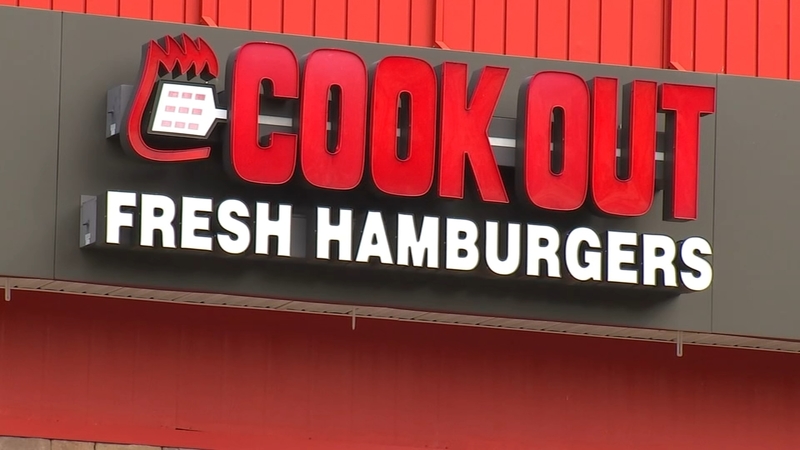 ROXBORO, N.C. (WTVD) -- The woman fired by Cook Out after allegedly refusing to serve a Roxboro police officer says stories circulating online about their encounter are not true.

She's trying to get a new job and doesn't want her face or name on the news, but said what happened on the day in question is this:

"I waited on three police officers right before he came! I love Roxboro police, but this specific officer always gave me a problem."

"I can confirm that in 2009, Sgt. Horton issued her a citation for littering and trespassing at Rose's," said Roxboro Police Chief David Hess.

The chief shared a copy of the citation written by the officer to ABC11, which said the former cashier dumped an ashtray on Rose's property.

"There are no complaints on file from her, alleging anything against Sgt. Horton. In fact, Sgt, Horton has had two public praises of compliments in his personnel file. He's an outstanding officer, been with the department for 20 years, and an Army veteran."

Still, the fired cashier said, "He makes me uncomfortable, and anxious and I don't like feeling like that. And that's why I called another cashier up to wait on him, because it was only me and the officer in the front. I don't know what could have happened so I called somebody else up to take his order."

ABC11 asked the manager what was the policy surrounding cashiers refusing to take a customer's order.

"If a cashier doesn't feel comfortable taking someone's order, it's not wrong for them to have someone else do it or contact the manager."

But the following day, the manager says she was fired by the district manager.

Hess said word of the encounter reached Cook Out's corporate office, which decided to fire the cashier and the manager on duty that day: "Corporate made that decision. To respond, to find out why she lost her job, she needs to talk to corporate. Police department's not responsible for that."

She said she's looked for work since then but had no luck. A Roxboro native, she's lived there all her life but doesn't have a car and used to walk to the job that she once had at Cook Out.

When asked what she'd say to Chief Hess about what happened, she said "I think he should have investigated a little further, instead of just assuming that what Officer Horton said was correct."

When asked if she's interested in getting her job there back, she said: "Absolutely not. They didn't even ask me what happened. She just said, 'The chief of police called corporate and I have to let you go for refusing to serve an officer.'"