'We know this is wrong': NC State grad living in Moscow gives perspective on war in Ukraine 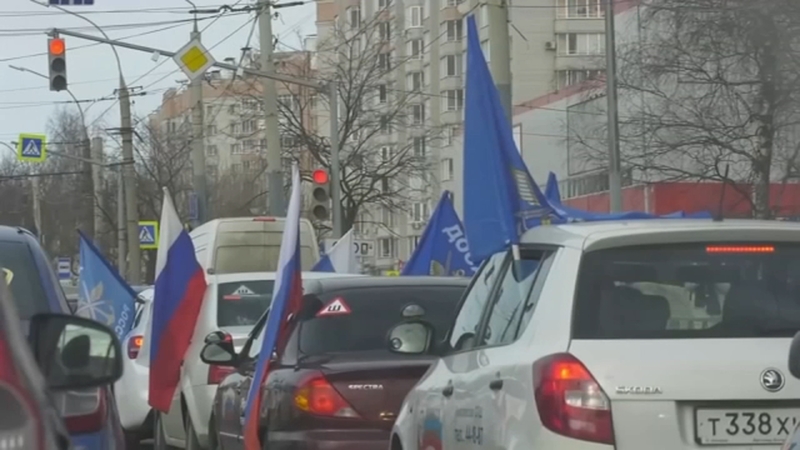 NC State grad living in Moscow on war: 'We know this is wrong'

RALEIGH, N.C. (WTVD) -- One Chapel Hill native and NC State graduate living in Moscow described the situation there as surreal.

"My friends and I are quite shocked," said Anastasia, who didn't want her last name to be used. "A lot of us are in despair. I'm a very emotional person, so I'm not taking the news well at all. There's widespread panic among my friends."

She has lived in the Russian capital for nearly eight years, where it's business as usual outside her window on a Thursday evening as sanctions continue to roll in.

"We know this is wrong," she added. "If we were in any other country, maybe we could do something about it."

She said the situation is not black and white and that it would be impossible to say whether the majority of Russians support or are against the war.

She said she believes a lot of people in Moscow are united in suffering with the people in Ukraine.

"It's just shock and pain because what is happening is inexcusable," she said. "We feel powerless to stop it."