I-Team: Safety improvements on track for railroads, but dangers remain 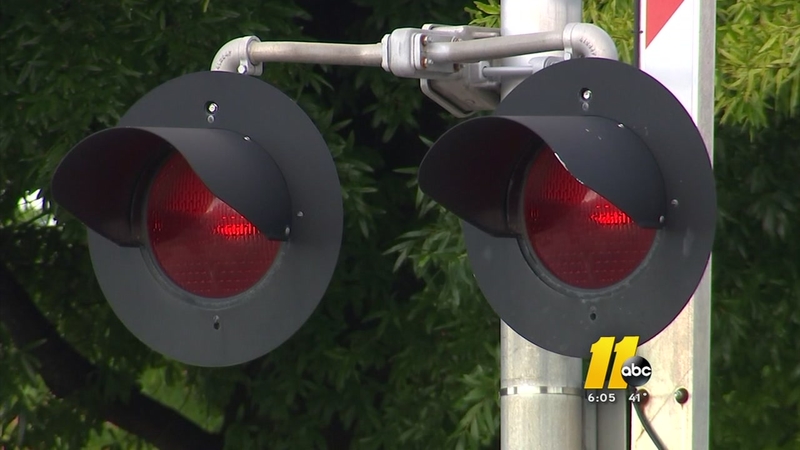 RALEIGH, NC (WTVD) -- Transportation officials are counting on a federally-mandated technology update to improve safety and save lives on America's rail system, which is again reeling from a deadly collision.

The technology touted is called Positive Train Control, or PTC, which combines GPS, wireless radio, and computers to monitor trains and stop them from colliding, derailing, or speeding. According to the Association of American Railroads, technology "overrides human error and automatically stops a train before certain types of accidents occur."

While it's been rolled out throughout the country, PTC does not appear to have been installed in the deadly crash in South Carolina on Saturday. South Carolina Gov. Henry McMaster said at a news conference that a CSX freight train appeared to be on a loading track when the Amtrak train slammed into it.

A crash between an Amtrak passenger train and a CSX freight train in South Carolina on Sunday killed two people and injured about 116 others, authorities said.

"It appears that the Amtrak was on the wrong track," McMaster said at the news conference midday Sunday and added that investigators think PTC could have prevented the wreck. Industry insiders say the technology could also have played a significant role in preventing other deadly wrecks, including a derailment last year in DuPont, WA, and in 2015 in Philadelphia.

Like airplanes and ships, trains carry the cargo and transport the passengers that make America's economy go, but the railroad industry lacks the kind of centralized authority like the Federal Aviation Administration or the U.S. Coast Guard. Instead, the more than 140 million miles of railroad track in the United States is almost entirely owned and operated by private freight companies, many of which share those lines with passenger services like Amtrak.

North Carolina's rail system spans 88 counties and 3,300 miles of track, and likewise facilitates a network of passenger routes for Amtrak, and even more use by freight companies such as North Carolina Railroad Company, CSX Transportation, and Norfolk Southern.

According to the Association of American Railroads, about 70% of miles traveled by Amtrak trains operate on lines owned and maintained by various freight companies, like CSX. These companies also spend an estimated $22 billion to sustain and enhance the network on which America's economy rides.

Still, the data shows most crashes involving trains also involve roads and at-grade crossings. Federal data from the Federal Railroad Association counts 62 crashes involving passenger trains in North Carolina in 2017, killing 10. All of them took place at the crossings, including a deadly collision in Nash County in January. In that incident, officers said Eugene and Dorothy Lyons, who were in their 60s, were in a 2003 GMC SUV on East Nash Street heading towards SE Railroad Street when the crossing arm came down. Eugene was driving and tried to cross over the tracks before the train came and witnesses said he tried to gun it, according to police.

The NCDOT's Be Rail Safe campaign offers the following tips about the dangers of being on and around railroad tracks.