Screen Actors Guild nominations: Films 'A Star Is Born,' 'BlacKkKlansman,' 'The Favourite' get most nods 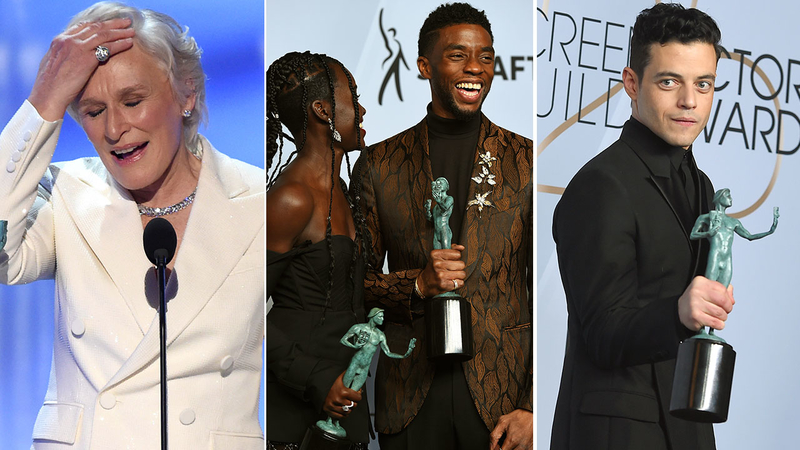 Actors recognized their fellow actors on Wednesday with SAG Award nominations, and Lady Gaga and Bradley Cooper's reboot of A Star Is Born could be the star of the show.

The awards are voted on by SAG-AFTRA (the Screen Actors Guild and the American Federation of Television and Radio Artists), made up of 160,000 media industry professionals, including actors. Each year they recognize high achievement in film and television acting during the SAG Awards.

A Star Is Born was the top-nominated film with four. It was closely followed by BlacKkKlansman and The Favourite, with three apiece.

On the television side, The Marvelous Mrs. Maisel and Ozark each garnered four nominations.

RELATED: When are the Oscars? What to know about the 2019 show

Here is the full list of nominees for the SAG Awards.

Outstanding Performance by a Female Actor in a Leading Role
Emily Blunt in Mary Poppins Returns
Glenn Close in The Wife
Olivia Colman in The Favourite
Lady Gaga in A Star Is Born
Melissa McCarthy in Can You Ever Forgive Me?

Outstanding Performance by a Male Actor in a Supporting Role
Mahershala Ali in Green Book
Timothee Chalamet in Beautiful Boy
Adam Driver in BlacKkKlansman
Sam Elliott in A Star Is Born
Richard E. Grant in Can You Ever Forgive Me?

Outstanding Performance by a Male Actor in a Drama Series

Jason Bateman in Ozark
Sterling K. Brown in This Is Us
Joseph Fiennes in The Handmaid's Tale
John Krasinski in Tom Clancy's Jack Ryan
Bob Odenkirk in Better Call Saul

Outstanding Performance by a Female Actor in a Drama Series

Robin Wright in House of Cards

Outstanding Performance by an Ensemble in a Comedy Series
Atlanta
Barry
GLOW
The Kominsky Method
The Marvelous Mrs. Maisel