SAG Awards 2018: What the stars wore on the red carpet 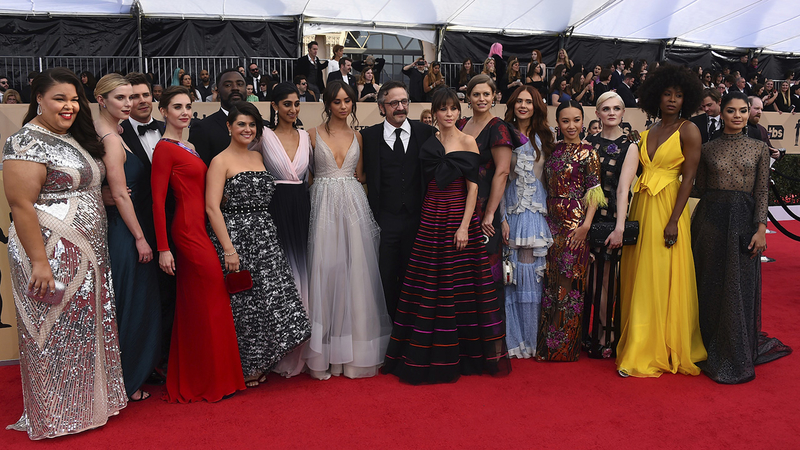 Screen Actors Guild Awards: What the stars are wearing

BEVERLY HILLS, Calif. -- Check out what your favorite stars wore to the Screen Actors Guild Awards at the Shrine Auditorium & Expo Hall in Los Angeles.

The show featured a roster of almost all female presenters, Kristen Bell as its inaugural host, and an opening that featured only actresses speaking about their craft.


Producers say the approach was inspired by last year's Women's March, but the show arrives at a time when some of the industry's biggest names are leading the Time's Up and Me Too movements to address gender inequality, sexual misconduct, pay disparities and other issues.

The brisk show comes two weeks after a black-dress protest at the Golden Globe Awards, and several stars including Meryl Streep, Emma Stone and Michelle Williams bringing activists to the show.