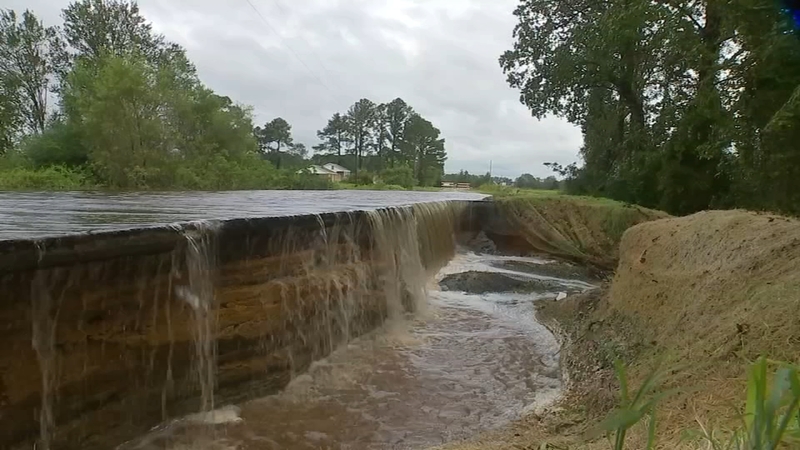 SAMPSON COUNTY, N,C, (WTVD) -- Hurricane Dorian packed a punch with heavy rains and wind along the coast. Inland, it was much of the same, turning main thoroughfares into rivers with waterfalls.

Pearson Road in Sampson County was one of the several roads that flooded and washed out. Residents who live along the road said it happens quite often.

"It doesn't have to be a hurricane. It floods every time there's rain," said one resident. "It's dangerous, and somebody is going to get hurt."

Longtime resident Tony Rackley told ABC11 that this is the second time the road has washed out in three weeks. It has forced him and other business owners to reroute trucks stocked with supplies.

While not as widespread as some previous storms, #Dorian has caused flooded roadways in some spots- like this section of Old Warsaw Road in Sampson County. NEVER attempt to drive through floodwaters. Turn around, don't drown! #ncwx pic.twitter.com/iaLpTuT5aE

"It's a lot of impact when you have to drive four or five miles out of your way every time," Rackley said. Sometimes it's just bothersome when you're out and not around the business."

NCDOT told ABC11 it is asking residents to work with them as it hopes to get the road fixed soon.

In the meantime, the frustration continues for residents.