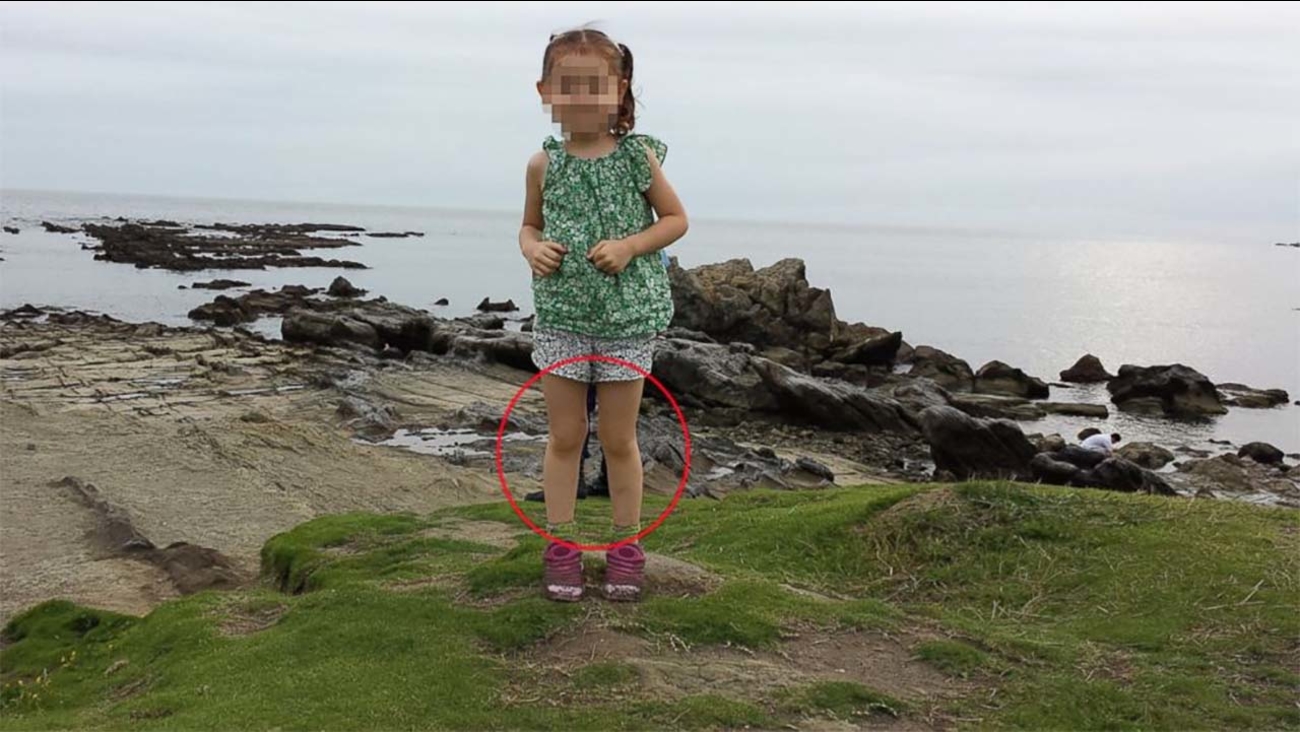 Is this just a regular photo of a little girl standing on a beach in Japan or is there something more supernatural happening?

Martin Springall took the photo of his 4-year-old daughter last summer during a weekend trip to the beach while they were living in Japan.

"I took a few pictures, and when I was looking through them at night, I noticed what appeared to be a pair of boots behind her in one of the photos," he told ABC News. "I took several of her in the same spot, but only one had the boots."

Springall showed the image to a friend, who posted it to Reddit, where theories about mysterious "boots" have gone wild. Some believe the specter is a samurai ghost because the beach Springall and his daughter were at was across from a samurai graveyard. Others believe it might be a WWII sailor.

Springall says the photo has not been edited in any way and his daughter is shy and would have never posed for a photo with someone standing that close behind her.