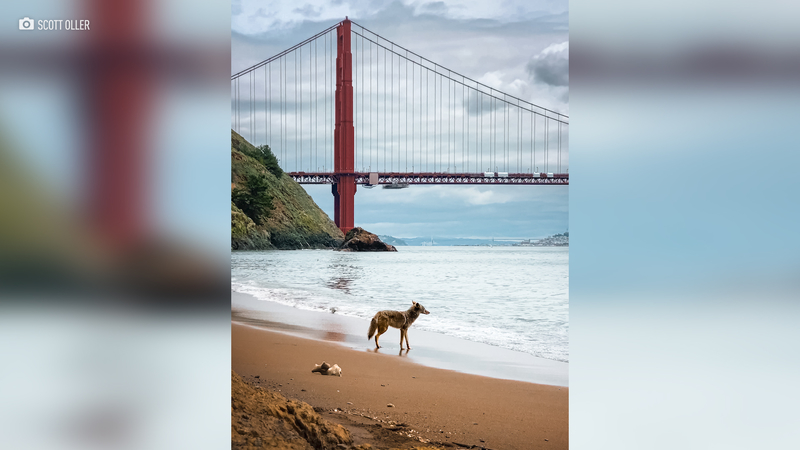 SAN FRANCISCO -- With shelter-in-place orders in effect throughout the city of San Francisco, images of wildlife roaming the streets and exploring once-populated areas are becoming common.

Local photographer, Scott Oller was riding his bike when he stopped at Kirby Cove, a popular beach in the Marin Headlands.