One man arrested, three others at large in Lee County home burglary 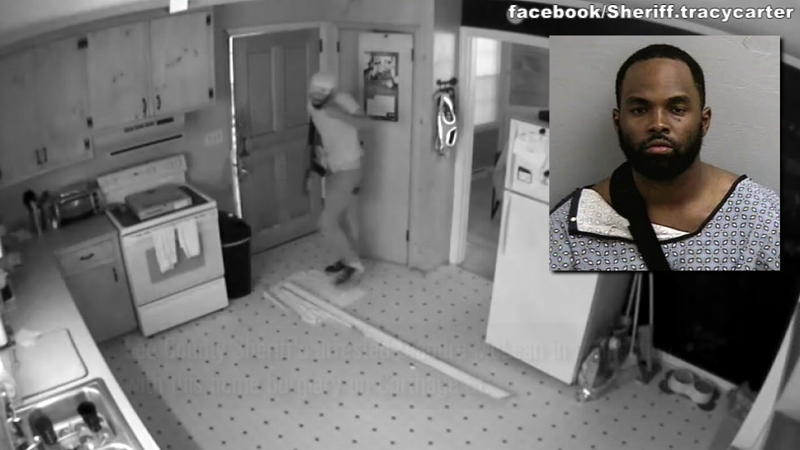 SANFORD, N.C. (WTVD) -- One man has been arrested and authorities are still looking for three others in connection with a burglary in Lee County.

The crime was captured on a home surveillance camera.

The LCSO is seeking assistance in regards to a burglary that occurred on Carthage Street.

Three other men remain at large.

The burglary happened at a home on Carthage Street Saturday.

The man who lives at the home said he left around 1:05 p.m. and got a notification on his phone around 2:30 p.m. that his alarm system had been activated.

The intruders took two pistols, a safe containing cash and three watches, according to the Lee County Sheriff's Office.

The suspect's vehicle was located by investigators, which led to the arrest of McLean.