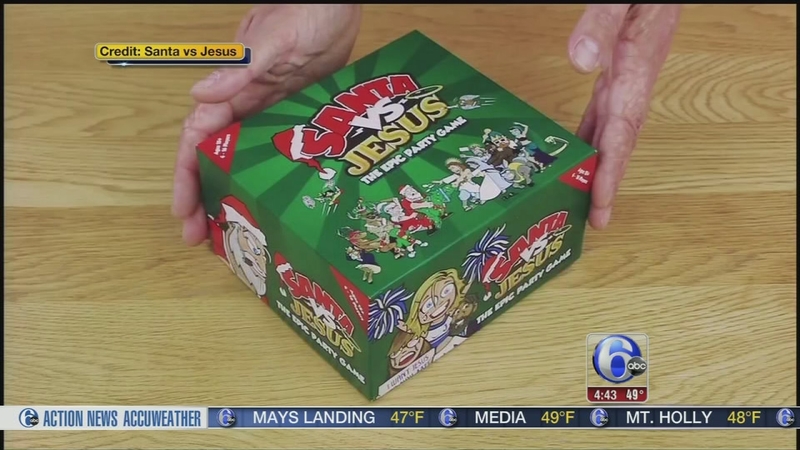 VIDEO: Santa Versus Jesus board game

A controversial new Christmas-themed board game is causing quite a holiday uproar.

Some are feverishly buying it while others are trying to get it pulled, calling the game blasphemous.

It's called Santa vs. Jesus and teams go head-to-head to try to determine "Who rules Christmas."

It's the brainchild of two British actors who brought it to the market after a wildly successful crowdfunding campaign.

To play, teams perform Christmas-themed challenges to rack up the most "believers."