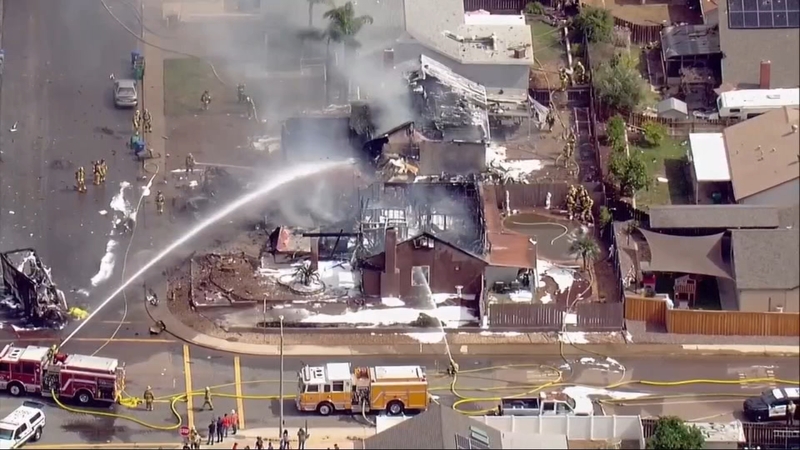 The crash happened shortly after noon in the city of Santee, about 20 miles northeast of downtown San Diego.

Authorities said there were at least two confirmed fatalities. Early reports indicated the fatalities may have been the pilot of the plane and the driver of a UPS truck that was struck on the ground, but fire department officials said they weren't ready to confirm that.

Two people received burn injuries, said Fire Chief John Garlow. An update on their condition was not available. They were believed to have been in the homes on the ground.

He believes there were no survivors from onboard the airplane.

One home was "well involved" by flames, and a second home also caught fire, Garlow said. A UPS delivery truck also burned, he said, and a fire hydrant was taken out.

Power was also knocked out in the neighborhood.

The FAA says the plane was a twin-engine Cessna C340 that crashed at 12:14 p.m. It's not known yet how many people were on board, or the flight's origination or destination.

The crash happened about three blocks from Santana High School in the city of about 50,000 residents. The school said on Twitter that "all students are secure."