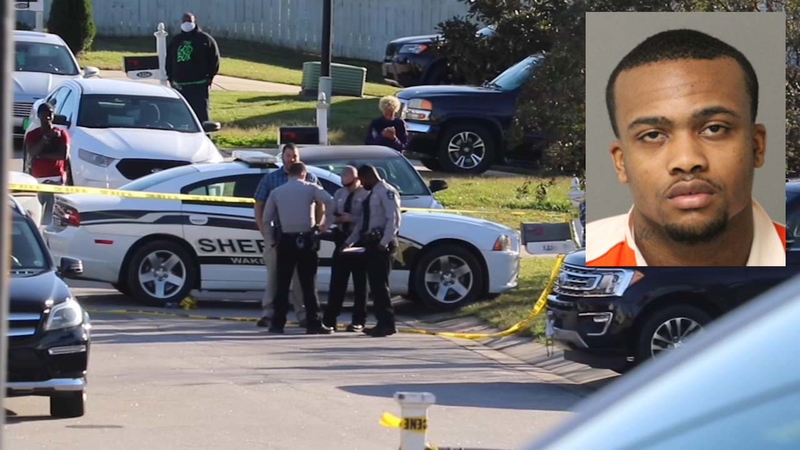 KNIGHTDALE, N.C. (WTVD) -- Following a four-month investigation, a Raleigh man already jailed on a probation violation is now facing two murder charges on Sunday after two men were found shot to death inside an SUV a Knightdale back in November.

According to arrest records, Saquan Urkal Ward, 24, was originally arrested on an out of county probation violation back in November 10, 2020, seven days after children playing in a neighborhood along the 1200 block of Topping Lane found Zavier Daniels and Aleek Bryant dead inside a vehicle.

Deputies said both victims found were in their 20s.


Back in November, witnesses said the men may have ventured out to a recording studio in the early morning hours and returned back to the Topping Lane area to drop off a third person and that may have been when the shooting happened.

Investigators identified Ward as the double-murder suspect after speaking with witnesses who claimed that he was the last person to see the two victims before the shooting.

Anyone with further information on the case is asked to contact the Wake County Sherriff's Office at (919) 856-6911.