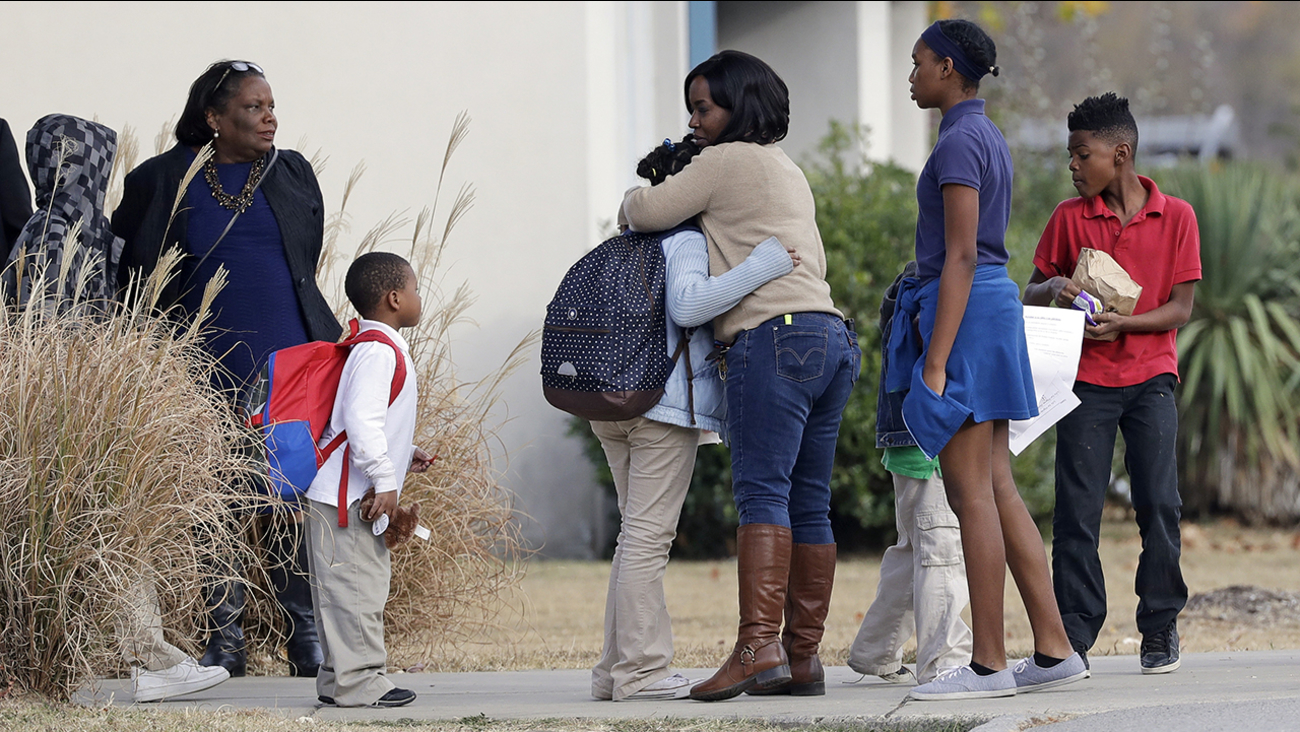 A child gets a hug as students wait for their rides home outside Woodmore Elementary School Tuesday, Nov. 22, 2016, in Chattanooga, Tenn. (Mark Humphrey)

The school bus driver charged in connection with a crash that killed five children in Tennessee on Monday was involved in a separate bus collision two months ago, ABC News reported Tuesday.

Johnthony Walker, 24, was driving a bus for Durham School Services - the same as in the fatal crash - when he sideswiped an oncoming Kia Soul in September after crossing into oncoming traffic while attempting to negotiate a "blind curve," according to the crash report.

There were no injuries, according to the crash report, and children were seated in the rear rows.

No charges were filed in that incident, but a citation for failure to yield was issued. It was unclear if Durham took any action against Walker after that collision.

The wrecked bus is towed away after the deadly crash Monday.

"Our entire team at Durham School Services is devastated by the accident yesterday that tragically claimed the lives of Chattanooga students," the company said in a statement. "We are working with Chattanooga Police Department and Hamilton County School District to investigate. We also have additional team members arriving in Chattanooga today to provide support. We have offered to provide counseling to students and families of Hamilton County, as well as our employees. We will provide all further updates in coordination with the Chattanooga Police Department and the district."

In a press conference Tuesday, the National Transportation Safety Board said Walker received his license to drive a school bus in April.

In the fatal crash, the bus was traveling at a "high rate of speed, well above the posted speed limit of 30 mph," police said this morning, based on witness statements and physical evidence.