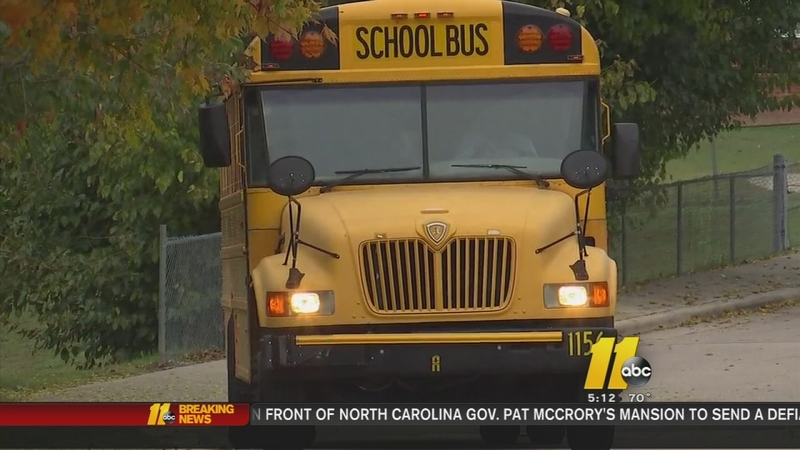 @SAHMRN3 @HunterPrincipal kids arrived at 6:12 - 90min late! Bus driver said he was given wrong route. @wcpss should have notified parents

Pamela Santos's 8-year-old son typically gets home from his North Raleigh bus stop each day around 4:20 p.m., but when he didn't show she started to worry.

She called the school but no one answered. Santos then tried the district's emergency transportation line twice but her calls were sent to voicemail.

"We actually drove to the school, which is about a 30 minute drive from our house, just to see if we could find a living person to talk to," said Santos. "We did have a lot of our neighbors out looking for him."

Santos called a neighbor whose kindergartner also rides the bus but stayed at school late yesterday.

"It's a very helpless feeling to not know and to not have a way to find out. It's very scary," said Diane Chudgar.

@wesleygillette @HunterPrincipal my son usually rides this bus, didn't today. Has your child arrived yet? My neighbor is very worried

Chudgar checked the WCPSS Live Bus Updates online, which noted a delay in the route. But when the deadline passed, there was still no bus.

"From about 4:20 p.m. until 6:00 p.m. we didn't know if our son had gotten on the bus at school, if he had gotten off at the bus stop and something had happened there," said Santos.

Wake County Schools said a substitute driver was given the wrong bus route to run. The driver contacted the district office to report the problem after none of the students got off the bus at several stops.

"This is unacceptable and we are working to identify how it happened to make sure it doesn't happen again," said Lisa Luten with WCPSS Communications.

A WCPSS transportation manager later called the families to notify them of the late bus, but Santos says it came after her son was already home.

"The system is just broken. It's just not working. It's not acceptable for me to not know where my 8 year old is until 6:30 at night," she said.

School board members tell ABC11 they also share in parents frustrations and are working on the issues.