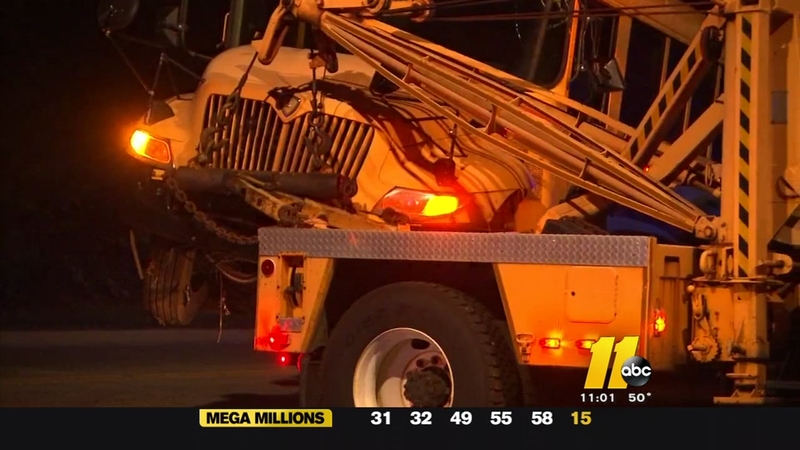 RALEIGH (WTVD) -- Raleigh police investigated a report that a Wake County school bus driver was shot in south Raleigh Friday evening, but later said they have determined she was not.

As of late Friday night, however, Raleigh police released virtually no new information.

It happened at Cross Link Rd. and Herndon Village Way just after 5 p.m.

Photos from the scene showed a large area roped off with crime tape and officers searching on the ground with flashlights.

Police say they are investigating this as a crash, not a shooting #ABC11 pic.twitter.com/umltilwWbP

The school bus at the scene in Raleigh.

A witness told ABC11 that she heard gunshots and the driver of a school bus was hit in the forehead.

Raleigh Police investigate at the scene.

The driver then attempted to get off the bus as it was rolling and was run over by the rear wheels. The bus kept going and eventually crashed into a mailbox.

The witness said the woman was conscious and was talking with police and emergency workers at the scene.
There were no children on the bus.

The bus can be seen up on the curb after the incident.

The Raleigh Police Department said the woman was taken to WakeMed.

A spokesperson told ABC11 that "Raleigh Police Department detectives have been advised that the bus driver involved in the crash did not sustain a gunshot wound. The case is being investigated as a traffic incident."