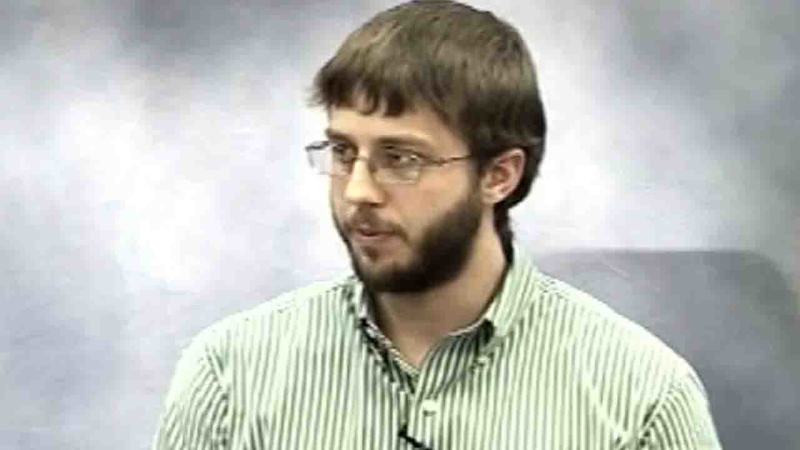 JONESBORO, Arkansas -- A man who was 11 years old in 1998 when he and a friend fatally shot four students and a teacher at their Arkansas middle school has died in a crash on a northeastern Arkansas highway, the State Police said.

Drew Grant, 33, who had legally changed his name from Andrew Golden and had been living in Jackson, Missouri, died at around 9 p.m. Saturday, television station KAIT reported. The vehicle he was driving crashed head-on into another vehicle on Highway 167 near Cave City, which is about 100 miles north of Little Rock.

The driver of the second vehicle, identified as Daniel Petty, 59, of Essex, Missouri, was also killed in the crash, according to a State Police preliminary summary of the wreck. Three other people, including two adults and a child, were injured and taken to hospitals. The summary didn't say which vehicle they were in, how badly hurt they were or which vehicle was responsible for the crash.

Golden and Mitchell Johnson, who were 11 and 13 respectively, set off a fire alarm on March 24, 1998 and shot at people as they evacuated from Westside Middle School in Jonesboro, which is about 120 miles northeast of Little Rock.

Killed were 12-year-olds Paige Herring and Stephanie Johnson, 11-year-olds Brittney Varner and Natalie Brooks and teacher Shannon Wright. In 2017, a judge presiding over a lawsuit filed by the victims' families awarded them $150 million in damages.

Golden and Johnson were tried as juveniles and were expected to remain in custody until the age of 21, in accordance with Arkansas law at the time. Johnson was released in 2005, and Golden was released in 2007. Because they were tried as juveniles, their records were sealed.
Report a correction or typo
Related topics:
arkansasschool shootingu.s. & world
Copyright © 2021 by The Associated Press. All Rights Reserved.
TOP STORIES
Raleigh takes steps to crack down on Glenwood South rowdiness
'He ghosted us:' Unlicensed contractor scams another homeowner
UNC chancellor says antisemitism has 'no place on our campus'
There's a mismatch between job seekers and open positions
'An amazing mom:' Friends mourn Apex teacher who died from COVID-19
Duke apartment residents warned about flooring, structural issues
Show More
LATEST: 1/3 of state employees ordered to be vaccinated are not
'More than hair': Fayetteville stylist helps those fighting cancer
'This is life-changing': Moore Co. man struggles with long-haul COVID
Authorities identify gunman who shot 15, killing 1, at TN Kroger
Residents push to change name of Raleigh's Cameron Park community
More TOP STORIES News