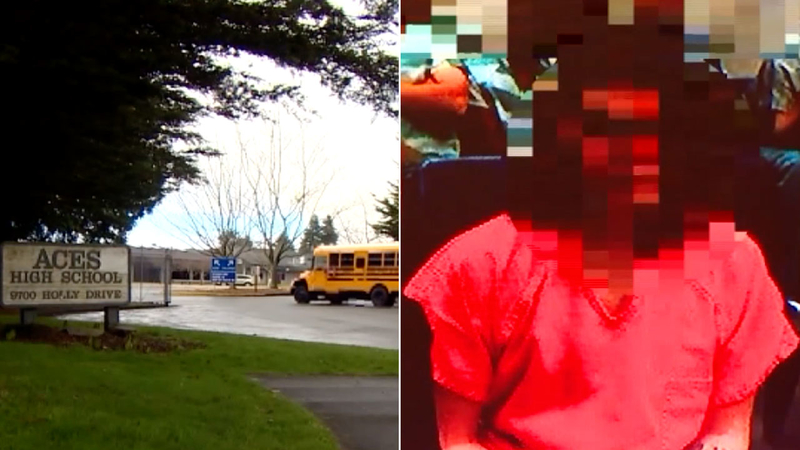 The day before 17 people were killed at a Florida high school, a grandmother on the other side of the country called the police, concerned about what her grandson was plotting.

"I need to make this shooting/bombing ... infamous. I need to get the biggest fatality number I possibly can," the teen had written, according to court documents.

Along with a journal, the grandmother had discovered a semi-automatic rifle stored in a guitar case in her Everett, Washington home, KOMO reports.

The 18-year-old suspect, who attended ACES Alternative High School, was arrested and the judge found probable cause, KOMO reported on Wednesday. His bail was set at $5 million.

Judge finds probable cause in case involving teen who was plotting to shoot up ACES High School, according to court documents. Bail set at $5 million. #KOMONews pic.twitter.com/sVLWHtoF8Y

He was booked for attempted murder and for third-degree assault. The latter stemmed from when officers tried to arrest him. Police said he broke one hand out of his handcuffs and took off across the parking lot before falling. He then "mule-kicked" an officer from the ground.

The teen is also suspected of an armed robbery earlier in the week. According to court documents, he detailed the act in his journal, writing that he felt powerful seeing the cashier so scared.

The grandmother told officers the teen also wrote in his journal about using grenades and pressure cooker bombs.

"I need to make this count," he wrote, according to court documents. "I'm learning from past shooters/bombers [sic] mistakes, so I don't make the same ones."

The teen also wrote, according to the documents:

"I'm preparing myself for the school shooting. I can't wait. My aim has gotten much more accurate. ... I can't wait to walk into that class and blow all those (expletive) away"

The teen decided to make a plot against his own school after flipping a coin between that and another school, according to the court file.

A neighbor praised the grandmother for her actions.