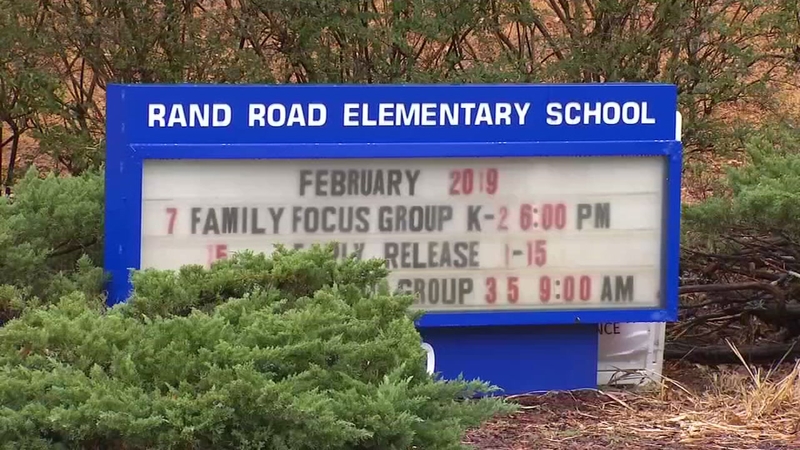 Parent Billy Byrd picked up his 10-year-old son Nathan from school Friday afternoon when he learned about the day his son had at school.

In a Facebook post, Byrd said the teacher singled out his son for wearing athletic gear, by going as far as to say the clothing was "prison attire."

"We always dress him with the best attire we can afford," Byrd told ABC11. "For her to say that him having athletic wear or attire on was going to put him in a position to go to prison, that really bothered me the most."

A Rand Road Elem parent says a substitute music teacher told his 10-yr-old son that his athletic clothes were prison attire. The sub also said MLK committed suicide and his assassination was fake. And told students they aren’t Christians if they don’t believe in Trump. #ABC11 pic.twitter.com/9A7HkwsYOw

Byrd told ABC11 that the substitute was supposed to show the music class a video, but had difficulty getting students, including his son, to calm down. So instead, Byrd said, she went on say Dr. Martin Luther King Jr.'s assassination was a "complete fabrication."

My daughter was in that class... she came home absolutely enraged by it. @FFRF

"What book is she reading and obviously it's not the right one, and for her to say this to a classroom full of kids, giving them that misinformed information is just bogus," Byrd said. "We can't afford to have anybody in the school system that is teaching this damaging rhetoric to any kid -- white or black."

Byrd also claimed the substitute gave students an "ultra-conservative" ideology of the Bible.

In addition, she allegedly included President Donald Trump in her rant, Byrd said: "'If you don't go off the theology that you perceive Donald Trump to be as a Christian, that you're some way hell bound or wrong.'"

"When she brought it to that level, I think that's when I as a parent, father, and African-American say listen this is wrong," Byrd added.

If given the chance to say something to the substitute, Byrd told ABC11, "I forgive you. I don't have no hatred towards you. However, I do feel that you should not have the ability to teach any children until you get the necessary help you need going forward."
Report a correction or typo
Related topics:
educationwake countyeducationsocietyteacherracism
Copyright © 2022 WTVD-TV. All Rights Reserved.
TOP STORIES
2 to 3 inches of snow possible in Triangle
Voting bill collapses, Democrats unable to change filibuster
'We can't get any more': Stores struggle to restock shelves
Third arrest made in Black Friday shooting at Streets at Southpoint
Daniel Turcios shot 5 times after crash on I-440, RPD reports
NC legislature votes to further delay primaries until June 7
'He was special': Durham friends remember Andre Leon Talley
Show More
Cumberland County mom spins way to $500,000 lottery prize
Victim in fatal I-85 crash was just 3 months old
19-year-old military driver charged in wreck that left 2 Marines dead
Earnhardt Jr. to be inducted into NASCAR Hall of Fame
Raleigh man feels lucky to be alive after bullet found above his bed
More TOP STORIES News