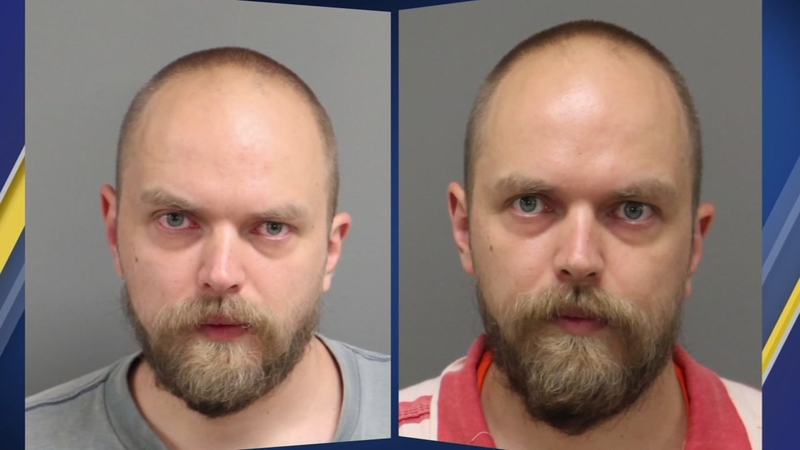 WAKE FOREST, N.C. (WTVD) -- Wake Forest families are living in fear and weighing their options after they say a man threatened their children at a place they're supposed to feel safe: their school.

Her husband, Anthony, told ABC11, "He knows what he's doing."

Kochetkov lives with his mother, and the property butts up against Jones Dairy.

"There's a nice little patch of wood behind the elementary school," Jackson said, reading the social media message. "There is a picture of a weapon and the message read "I am literally slaughtering every single one of those (explicit) I come across."

A Wake Forest man is before a judge now. He is accused of threatening students at Jones Dairy Elementary School - which backs up to his property. Security is increased at the school now. #ABC11 pic.twitter.com/qzfI9zKFua

"This gentleman can literally shoot from his back window to a child on the playground," Jackson said.

Some parents are considering moving their children out of the school and others are looking into putting their houses up for sale.

He has some other charges on his record. In July, he was arrested for trespassing on the school's property.

Parents were so upset then, the PTA raised $10,000 to build a fence where the two properties meet.

There is extra security now at the school.

Principal Rob Bendel said in a message sent to parents that the situation is the top priority for the school district.

"Under the present conditions, we are confident our school building is a safe place for all staff and students," said Bendel. "To maintain that level of security, we will continue to suspend the use of our playground facilities."

Parents still worry the signs are there for another mass-casualty school shooting.

"They can't really do anything long term to contain this man until he actually hurts someone," said Anthony Jackson.

Kochetkov's defense attorney would not comment on the charges.

Kochetkov remains behind bars. Conditions of his release were updated in court Friday to include the following: