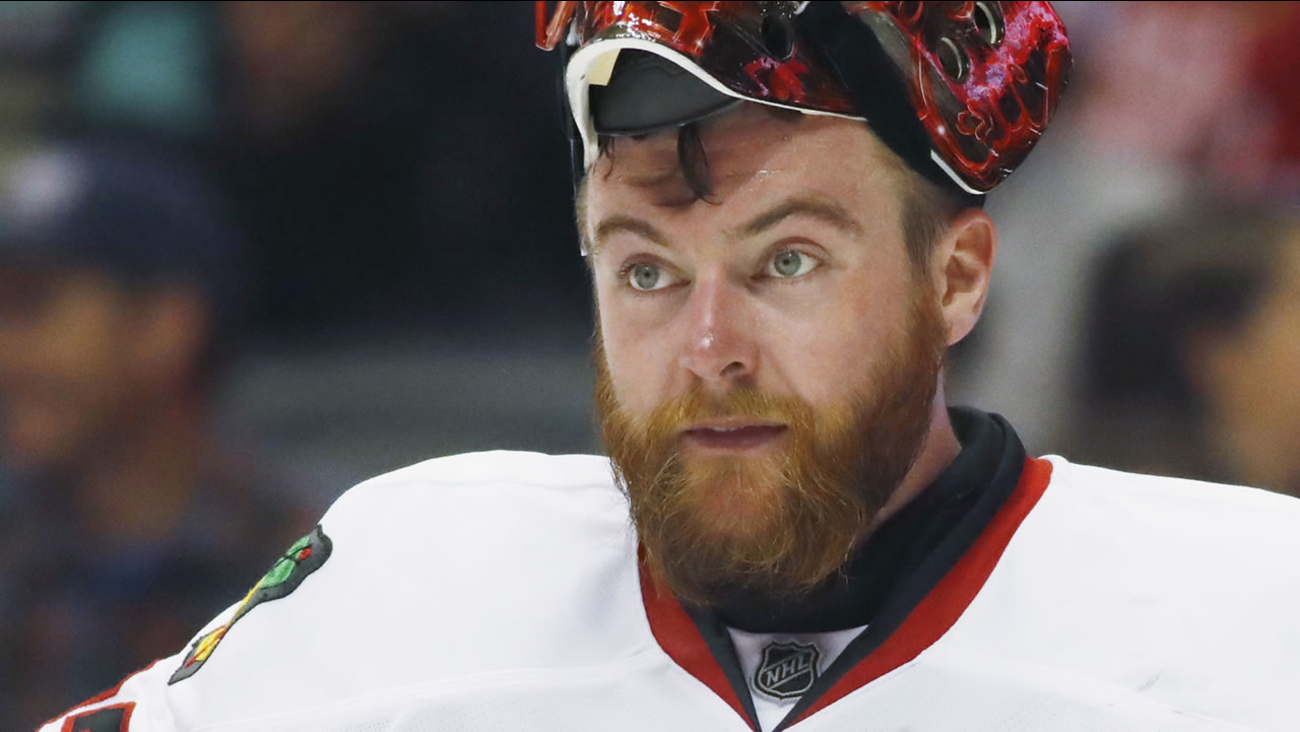 Hello Scott Darling! Not to put too much pressure on you, buddy, but you didn't just sign a $16.6M dollar deal (congrats on that by the way), you're not just the presumed new starting goalie, oh no! No Scott - you are goaltending manna to a Canes fanbase starved of stops lo these many years. They've watched far too many softies float by, a surplus of shortside knucklers, seasons full of sharp angled how did that even go ins... far too frequent numbers of... say it with me... glove side high rips right into the twine. It's been disheartening, Scott. And not just for the fanbase, but on many a night, clearly for the team as well.

P.S. Cam Ward will always have that glorious run in 2006 - a Cup and a Conn Smythe to his name. Those were the days - but they were days so far gone, even the most optimistic Canes fan needed to squint into their binocs to even remember. It had become clear years and seasons ago that Ward was not only not the answer, but in fact an impediment to the team ever getting back into the postseason. He's a good man who had a good run, but time is up. A new sheriff is between the pipes.
Related topics:
sportsraleighcarolina hurricanes
Copyright © 2022 WTVD-TV. All Rights Reserved.
TOP STORIES
Heaviest snow shifts west, dusting to 2'' likely in Triangle
Biden confirms he will nominate first Black woman to SCOTUS
Change being made to Holocaust curriculum in NC public schools
Frigid temperatures leave Durham families in the cold
LATEST: N95 masks expected to arrive at CVS, Walgreens
Here's why thousands of NC employees still are not working
Brazen burglary of Raleigh shoe store caught on camera
Show More
Family of murder victim hopes billboard leads to arrest in case
Former NCSU footballer Torry Holt named to NC Sports Hall of Fame
Toddler credited with saving family of 7 from devastating house fire
Navy discharges 23 sailors for refusing COVID-19 vaccine
Chiefs fans donate $178K to NY children's hospital after beating Bills
More TOP STORIES News