Parents of teen hit, killed in Holly Springs thanks community for helping them cope 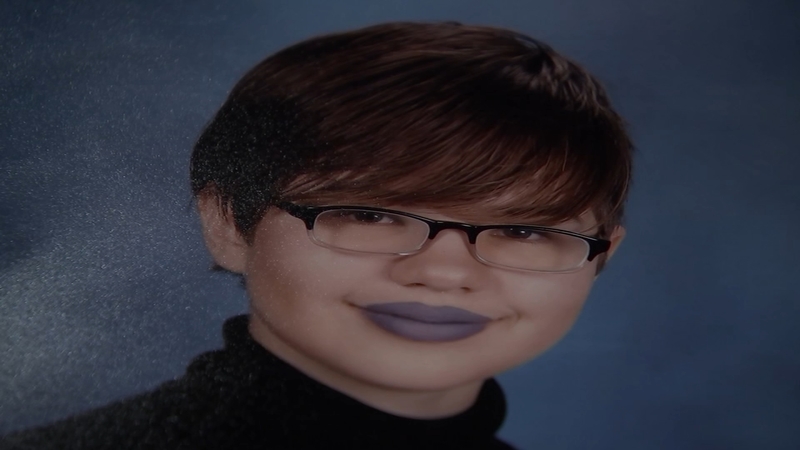 HOLLY SPRINGS, N.C. (WTVD) -- The parents of a 14-year-old child who was killed in a crash in Holly Springs came forward on Thursday to thank the community during their time of loss.

"At the darkest time the community came out at us and told us over and over and over again: you're not alone," said Scout's mother, Brenda Undercoffer.

"They've given us strength throughout this whole process," said Beau Undercoffer, Scout's father.

On Oct. 16, 14-year-old Scout Undercoffer was hit and killed when crossing Highway 55 in Holly Springs.

RELATED: Parents of teen hit, killed in Holly Springs set up scholarship through LGBT Center of Raleigh in Scout's name

Police have said the driver will not be charged because Scout entered the road unexpectedly and the driver had no time to stop.

The Undercoffers say concerns and speculation that her death was anything but an accident are simply not true.
"She was a pretty happy kid," said Mr. Undercoffer.

The family says Scout was happy and fearless despite being bullied for being different.

Scout was born a female, but her parents say at age 10, Scout let them know their gender identity was fluid.

By age 14, Scout's parents say Scout was helping others cope with being different.

"She had love and support. She had friendships. She was that guiding light for so many kids in school that were troubled," Mr. Undercoffer said.

And now they hope a scholarship in Scout's name will help the LGBT Center of Raleigh. So far the community has raised $25,000 in Scout's name, money Scout's parents hope will provide a resource to LGBT Youth and educate parents who struggle to understand gender fluidity.

"A parent may be resistant to that. (They) may say this is not what we want for you," said Mrs. Undercoffer. "The overall fear is otherness and not fitting in, of struggling and not fitting into the community, but I really need everyone to understand the bigger fear is not having a child that is living their true authentic self. That's the bigger loss."

Scout's parents say the holidays will be tough but they are planning a getaway with their son's.

Scout was a talented artist, her family plans to create a picture book with all of Scout's artwork and will soon sell it on Amazon.

Exclusive: Here is artwork from Scout Undercoffer, the teen hit and killed off Highway 55 last month. Her parents tell me they will create a picture book with her artwork. The book will be sold on @amazon and the proceeds will go toward the @LGBTCenterRal https://t.co/06PgLhqeUs pic.twitter.com/RXT57qNzGQ

Proceeds will support the LGBT Center of Raleigh.