'May God have mercy on your soul': Judge confirms Seaga Gillard will be sentenced to death 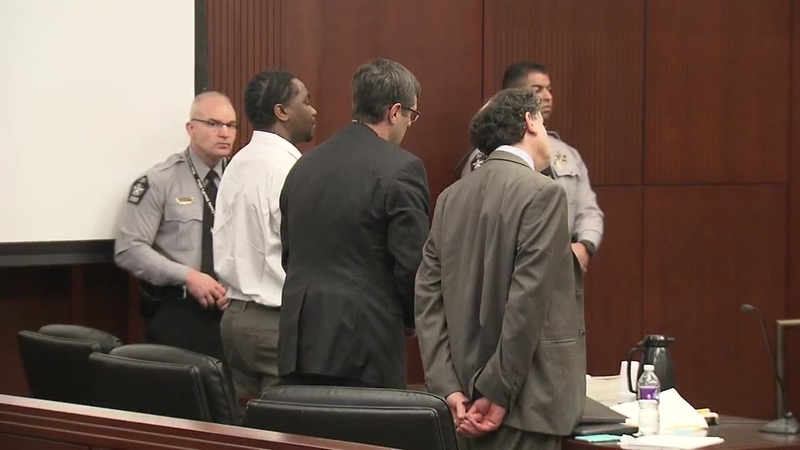 The death penalty has not been given to any person in Wake County in more than a decade.

Gillard was convicted of first-degree murder in the deaths of April Lynn Holland, who was pregnant, and Dwayne Garvey.

The judge allowed the jury to leave after giving its recommendation. He then called for a quick recess.

After the recess, Garvey's mother took the stand to talk about her son's life.

Next, Holland's sister gave a tearful testimony about her sister's life.

Family of victims take the stand to tell Seaga Gillard how he destroyed their lives. He was just given two death penalties for killing Dwayne Garvey and April Holland. Gillard officially sentenced by judge. #ABC11 pic.twitter.com/KdlkRDSF4Y

Gillard was given a chance to speak, but he declined.

Judge Paul Ridgeway then officially handed down two death sentences and said "May God have mercy on your soul."

Police said Garvey and Holland were gunned down in a room at the Best Value Inn in Raleigh's Crabtree Valley in December 2016.

The crime was caught on camera, but Gillard's defense team argued the video was blurry and it was impossible to be sure Gillard was the man on the video.

"At the end of the day, it was chaotic, it was random, I submit it was tragic, but it was not first-degree murder," Gillard's attorney Edd Roberts said.

The Center for Death Penalty Litigation has criticized Wake County for continuing to seek the death penalty even though juries in the county repeatedly reject it.

Attorney Elizabeth Hambourger, with the center, said Gillard's case is the tenth death penalty case in Wake County since 2008.