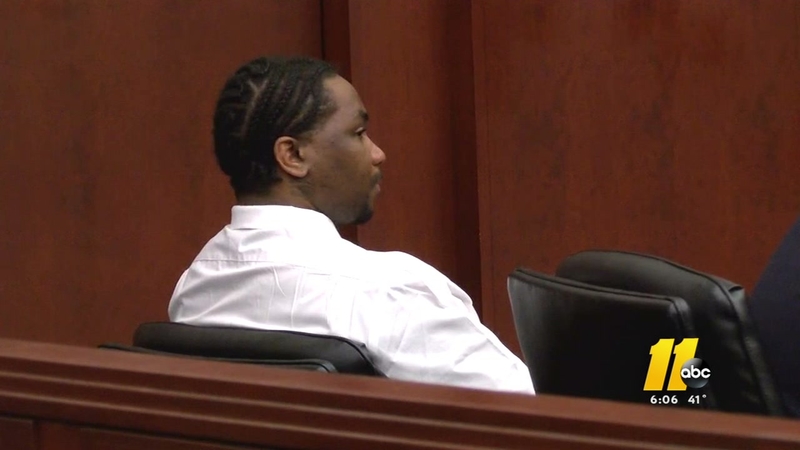 Gillard's fate will wait until Monday

Seaga Gillard could be the first person in more than a decade that a Wake County jury sentences to death.

Friday afternoon, the judge sent the jury home for the weekend with Gillard's fate still undecided.

The jury will resume deliberations at 9:30 a.m. Monday.

In Friday's closing arguments, Gillard's attorney, Edd Roberts, told jurors that Gillard still has some redeeming qualities and that even without death, his harsh sentence will serve justice.

Prosecutor asking Wake jury to impose death penalty on Seaga Gillard: “This is a course of violent conduct that’s going on in our community. When do you say enough?” Watch live: https://t.co/5SAo1BDduI #ABC11 pic.twitter.com/6BVfz12Mw4

Life in prison without parole is a severe punishment," Roberts added. "A punishment tempered with mercy."

"This is a course of violent conduct that's going on in our community," Saacks told the jurors. "When do you say enough? This is it."

The Center for Death Penalty Litigation has criticized Wake County for continuing to seek the death penalty even though juries in the county repeatedly reject it.

Attorney Elizabeth Hambourger, with the center, said Gillard's case is the 10 death penalty case in Wake County since 2008.

In each of those cases, the juries rejected the death penalty.

It took a jury less than 24 hours to convict Gillard of first-degree murder in the deaths of April Lynn Holland, who was pregnant, and Dwayne Garvey.

Police said the pair was gunned down in a room at the Best Value Inn in Raleigh's Crabtree Valley in December 2016.

The crime was caught on camera, but Gillard's defense team argued the video was blurry, making it impossible to be sure Gillard was the man on the video.