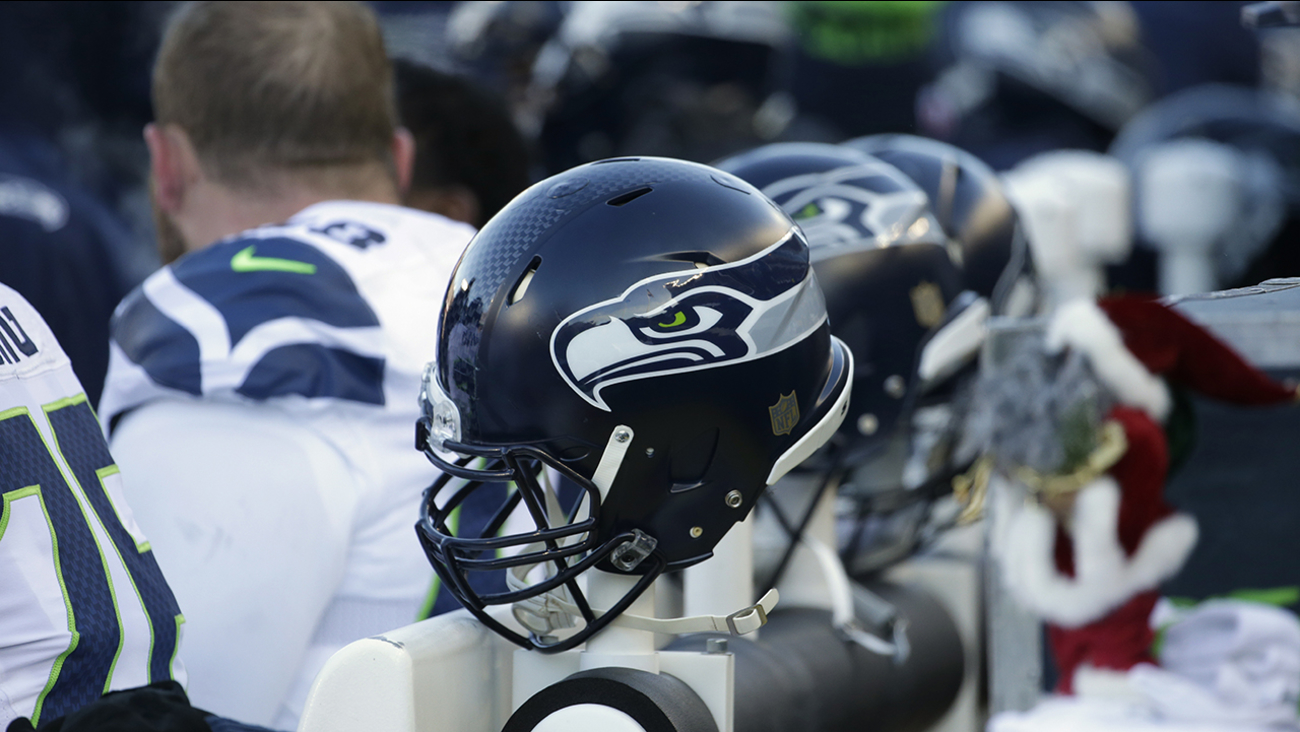 A Seattle Seahawks helmet is seen on the sideline during the second half of an NFL wild-card football game against the Minnesota Vikings, Sunday, Jan. 10, 2016, in Minneapolis. (AP Photo/Nam Y. Huh)

CHARLOTTE -- Seattle has one of the best home-field advantages in football.

The deafening crowd noise has caused more visiting teams to commit more false start penalties than in any other stadium since the opening of CenturyLink Field. Pete Carroll has converted home-field playoff advantage into trips to the Super Bowl for the past two seasons.

Yet Seahawks defenders are looking at this season's path to the Super Bowl as a little bit of a break. Since Week 7, the Seattle defense has allowed only one offensive touchdown in the past six road games.

Seahawks and Panthers in the pre warmup stage. #ABC11Eyewitness pic.twitter.com/2qcVKyygAK

While Seattle misses its home-field advantage, the wild card in this campaign's playoffs for the Seahawks is that defensive players regain their ability to hear.

"Communication is the key," Seahawks linebacker K.J. Wright said. "The little things get away from us when we are at home that doesn't show up on the road. Everybody can hear each other calling out the routes. We can't do that at home."

Go back to the Seahawks' 27-23 loss to Carolina on Oct. 18. Panthers tight end Greg Olsen split the Seahawks' defense with a 26-yard touchdown reception with 32 seconds remaining. Some defenders heard a "Cover Three" call while others thought they had heard "Cover Two." The miscommunication opened the door to an easy touchdown.

The road offers a better chance for the Seahawks to communicate.

"When you are at home, things happen where you don't notice where we messed up, even where we did mess up," Wright said. "It's a pro and a con. I believe that on the road is really big for us. I've noticed it more this year. It's worked out in past year, but for some reason this season hasn't gone that way for us.

"A couple things get exposed (at home), especially in the last game where we were in two different coverages for that touchdown. We are going to be on it because we will be on the road."

Since Week 7, including the wild-card playoff round, the Seahawks' defensive numbers have been dominating. They've given up 200.7 yards a game, 74.3 fewer than the next closest team, the Kansas City Chiefs. They surrendered only 3.77 yards per play during those six games.

Part of the road advantage was the teams and quarterbacks they faced. They visited San Francisco, Dallas without Tony Romo, Baltimore, Arizona and Minnesota twice. They faced Carson Palmer and Teddy Bridgewater twice. Regardless, Total QBR ratings in those six games were 29.8.

"A lot of the guys don't get the checks that we need at home in order to be successful when you are at home," Wright said.

Cam Newton completed 20 of 36 passes for 269 yards with one touchdown and two interceptions in the Panthers' victory in Seattle, but the Seahawks won three consecutive low-scoring games against Newton from 2012 to 2014. The Seahawks are hoping the road can play to their advantage Sunday.