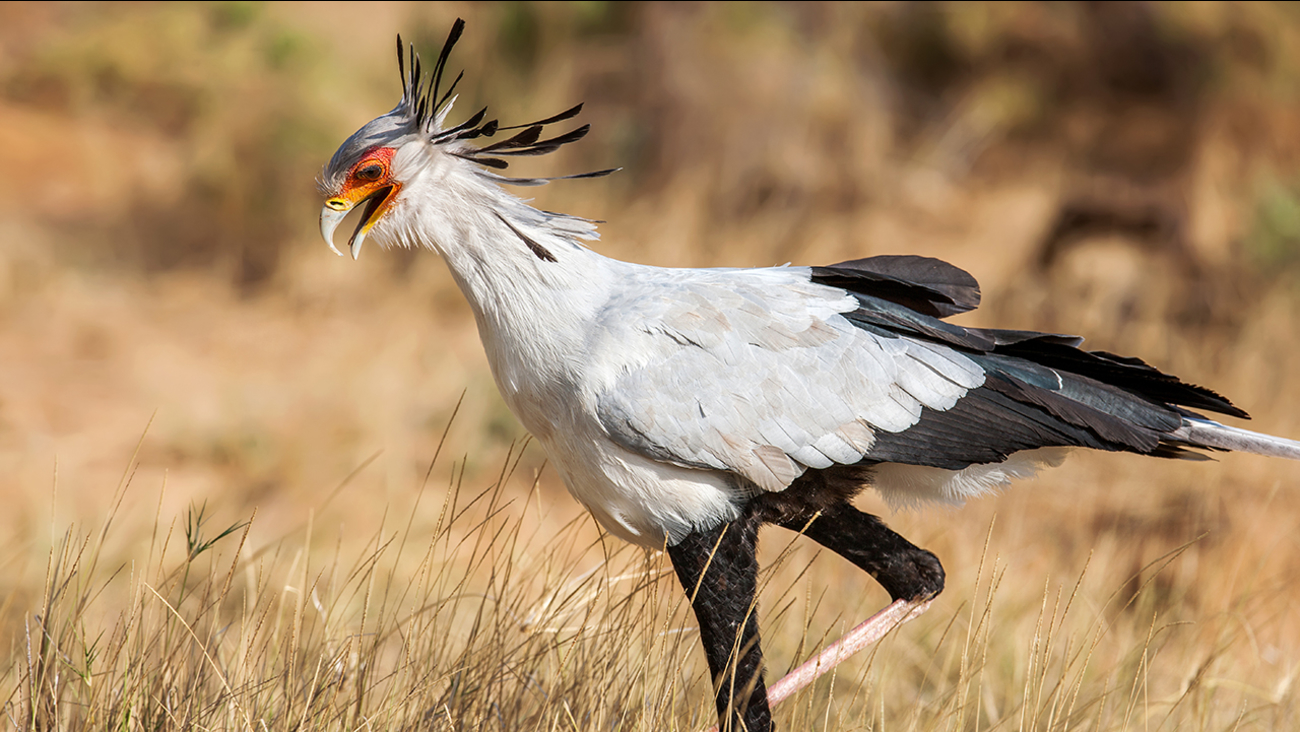 A secretary bird. similar to the ones that escaped from the NC Zoo in Asheboro. (Shutterstock file)

The zoo near Asheboro said in a news release that the two Secretary Birds that escaped Friday aren't a danger to the public, pets or farm animals.

The zoo said the birds escaped through a door that wasn't tightly closed after winds gusting to 30 mph blew it open.

The birds are about 4 feet tall. They are light gray with long, dark tail feathers. They eat snakes, rodents, amphibians and large insects.

Zoo officials say they have tried to entice the birds with food rather than capturing them. They have been seen several times.