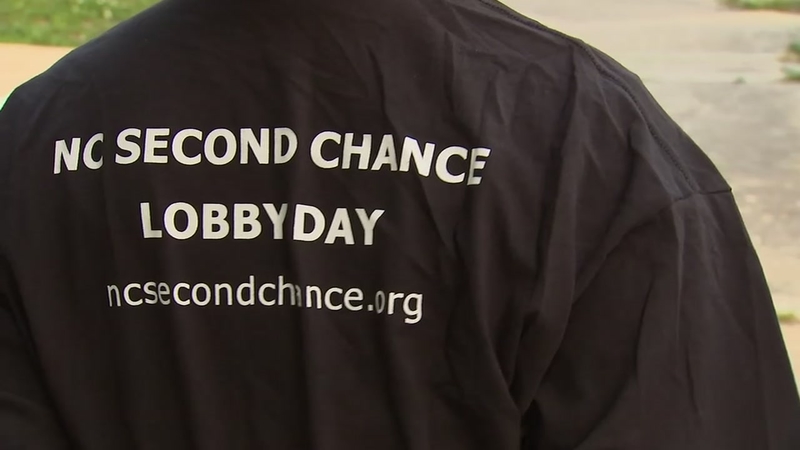 Some people in North Carolina with a criminal record are one step closer to having their record wiped clean. The "Second Chance Act" sailed through the state Senate Wednesday with Democrats and Republicans jumping on board.

"My criminal history started here in North Carolina," said 40-year-old Rebecca Tisdale who advocated for the bill after seeing what a difference expungement meant for own life.

Rebecca Tisdale proudly showed off her new car tonight because it's part of the second chance she got when Wake County expunged her old criminal record.
She's now advocating for a state bill giving other former offenders the same chance.
The bill cleared a major hurdle today. pic.twitter.com/SjKJO6BzVx

Tisdale turned her life around years ago after a youth spent patterned after the bad influences around her. But what she couldn't shake was the multiple non-violent felonies and misdemeanors on her record that now stood as a barrier on applications for better jobs, better housing and a barrier to hope.

"I had really a lot of doors shut in my face before this expungement actually took place," she said.

Tisdale and hundreds of others had their records expunged when Diana Powell's non-profit Justice Served NC and other social justice activists partnered with Wake County District Attorney Lorrin Freeman to wipe away the past non-violent and low-level mistakes of people like Tisdale.

"So now it's an ongoing process. We do it every day," Powell said.

And the state has taken notice of the successes in Wake County.

On Tuesday, Powell and over 1,000 others marched on the General Assembly to lobby lawmakers to pass Senate Bill 562. It would allow people with non-violent criminal pasts to have their record expunged if they've gone 10 years with no new charges, served their sentences, and paid their fines.

The bill passed unanimously in the Senate Wednesday.

Democrats called it a matter of economic fairness; the bill removes the burden of hiring a lawyer to get the charges removed.

Republicans called it a jobs bill.

"(Lawmakers) understood that we needed a change," Powell said. "That these people were impacted by these barriers, that they've done their time."

For Tisdale, it's a whole new life.

At 40, she is finally able to get a driver's license. She's now enrolled at Wake Tech, and, hope has returned.

Under the bill, former offenders would pay $175 for an expungement petition. The process wouldn't start until a person's sentence is complete and any restitution is paid.