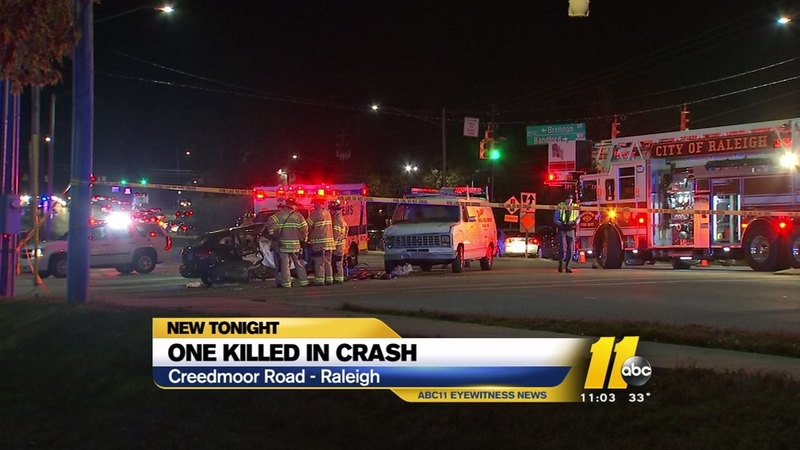 One dead in Creedmoor Road crash

RALEIGH (WTVD) -- A two-vehicle crash left one person dead and closed all lanes of Creedmoor Road near Strickland Road in Wake County for several hours.

It happened about 6:20 p.m. on Tuesday. Raleigh Police said the wreck occurred at the intersection of Creedmoor and Brennan Drive.

One adult was killed, police said. Another adult and two children were taken for medical treatment.

One person was killed in a bad wreck on Creedmoor Road.

Kwanda Patrice Powell, 40, was charged with misdemeanor death by motor vehicle/safe movement violation. Police say Powell was attempting a left turn onto Brennan Drive from northbound Creedmoor Road and turned into the path of a 1990 Ford driven by Donald Grant Bruce Jr., 51, of Mafolie Court in Raleigh.

Two boys in the car with Powell, ages 12 and 9, were taken to WakeMed for treatment.

The road was closed for several hours while authorities worked the scene. The road reopened shortly after 10:30 p.m.

Speeding was not a factor in the incident, police said.