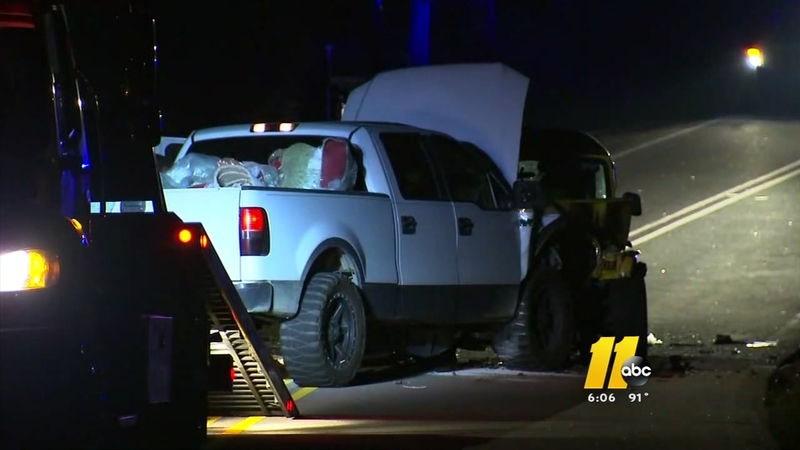 It happened at Southall Road and Amberfield Way between New Hope and Buffaloe roads.

Police say the 18-year-old driver of the Jeep, identified as Bryce Burns, swerved into oncoming traffic. They say Burns confessed at the scene to taking a Xanax and drinking three beers.

Police also noted that Burns, of Raleigh, was traveling at 50 mph, which is 15 mph over the posted speed limit.

There's no information about Burns' condition, but he's expected to be charged with DWI when he's released from WakeMed.

A section of the 911 call illustrates the urgency of the scene:

A neighbor of the victims told ABC11 the Raleigh family is recovering from broken bones at a relative's home.

The driver of the Ford was ticketed for expired tags and for not having her children in a seat belt.

The crash remains under investigation.

Several people, including children, were hurt.