WTVD
By Tim Pulliam
DURHAM, N.C. (WTVD) -- A child pornography investigation is underway at Riverside High School after an explicit video of students engaging in a sex act was shared on social media.

According to a search warrant, the boy involved in the act streamed the video online without the girl's permission.

The school's resource officer learned about the incident after the female student reported that she had argued with the boy over the leaked video. She said the boy began to tell other students about the video.

As part of the investigation, the school's resource officer then spoke to an administrator at the school who confirmed he had learned that students were using a classroom to engage in sexual activity.

WHOA: An administrator at Riverside High School says there’s a classroom where teens go to have sex. One sex act captured on video and uploaded to Instagram against the female student’s will a warrant says. @DurhamSheriff deputy has confiscated the victim and the boy’s 📱#ABC11

According to the warrant, other students reported to the SRO that the boy uploaded the video to Instagram live on social media. The live footage gave the boy's social media followers access to the sexually explicit content.

Durham Public Schools released the following statement about the investigation.

Riverside Principal Tonya Williams and her team, as well as the Durham County Office of the Sheriff, are investigating allegations that some students engaged in inappropriate sexual activity on the Riverside campus that was then shared to social media. Principal Williams has taken steps to help prevent such incidents from happening in the future. Due to student privacy laws we cannot share any more information on the subject, but we are investigating, and the safety and privacy of our students is our highest concern.

Deputies with Durham Sheriff's Office confiscated the cellphones of the alleged victim and the boy. A spokesperson for the sheriff's office said the investigation into the case is ongoing.
Report a correction or typo
Related topics:
durhamhigh schoolchild pornographysex crimeteenchild sex assault
Copyright © 2020 WTVD-TV. All Rights Reserved.
More Videos
From CNN Newsource affiliates
TOP STORIES 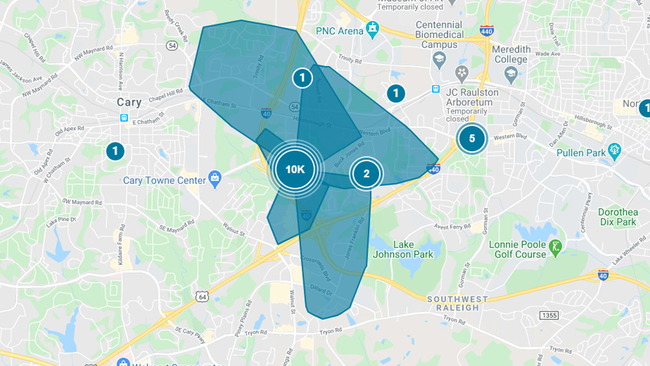