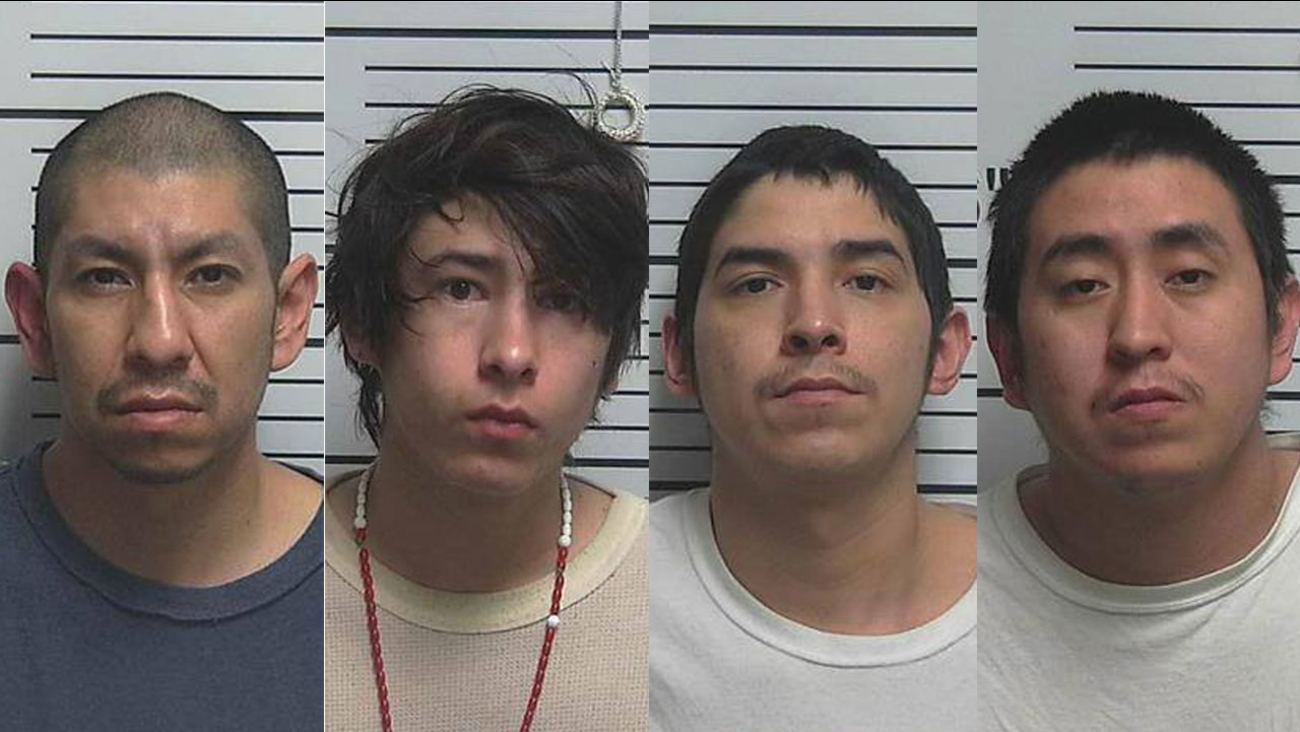 SALT LAKE CITY -- Four men have been arrested for sexually assaulting a 9-year-old girl in a Utah home while her mother was in the garage smoking meth, authorities said Monday.

The girl's mother left her sleeping on a couch March 27 inside a home in rural Uintah County, which borders Colorado, the Uintah County Sheriff's Office said in court documents.

The four men were staying at the home and took the child into another room, where they assaulted her, investigators said. When her mother returned, the child said she wanted to leave.

Two days later, the girl told her mother about the assault, deputies said. The woman then reported it to police.

The men did not have listed phone numbers, and it didn't appear any of them had a lawyer who could comment on their behalf.

Larson RonDeau, the first to be arrested, was charged Friday with rape and sodomy of a child. His initial court appearance is scheduled for Tuesday in the town of Vernal.

The other three men were arrested several days later. Uintah County Attorney G. Mark Thomas said Monday he expects similar charges to be filed against them in the next few days.

State child welfare officials have taken custody of the girl.

Thomas said the child's mother has not been arrested, and any possible charges against her would come after officials finish reviewing the cases against the four men. He had no information on the child's father.

Thomas, the prosecutor, didn't know Monday whether the four men were Utah residents, but he believed they may have ties to Montana.

Cpl. Dustin Cheshire, a spokesman for the Uintah County Sheriff's Office, did not immediately have further details on the case.