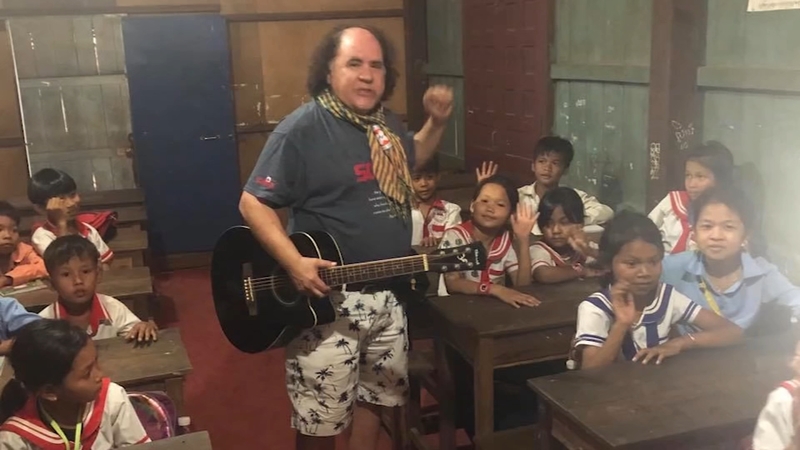 Fayetteville local on mission to establish EMS system in Cambodia

The former Army medic and longtime EMS paramedic was struck by a car in 1994, while responding to an emergency on the highway. The accident left Garcia with a broken leg, arm and being at fault for "blocking the road."

At the time, there was no protection for emergency workers who were responding to scenes. This led Garcia to fight the case and help push "move over" legislation in South Carolina, where it was passed in 1996.

That fight to make this a nationwide law became a reality when Garcia says every state adopted similar legislation around 2007.

"In 2007, the federal government took over the project and the mission. Every state has a move over law, I succeeded," Garcia said.

However, this wasn't the end for Garcia. For the last 12 years, he's used that passion and drive to help the people of Cambodia.

#NEW: A Fayetteville local and his non-profit are working to establish a modern EMS system within the country of Cambodia. James Garcia's mission has been 12 years in the making. Hear all about his journey and how you can help at 11 on @ABC11_WTVD pic.twitter.com/ZzCNZXozSR

"It's a remarkable country that's got its own unique culture and language; different from the other Asian countries around it," Garcia noted.

After visiting the southeast Asian country in 2008, Garcia saw they sorely lacked any real medical infrastructure, especially in the rural areas. He told ABC11 that people who had more than the common cold or a minor injury could die because of the lack of trained medical personnel or resources.

In 2009, James and his non-profit, Share the Health Cambodia, established a medical clinic in the jungle of the rural Kampong Thom Province. There, they provided free services to more than 10,000 people, in the span of a year.

After the year-long clinic, James returned to the country for the next 10 years, helping with other smaller projects. But, that all changed when his close friend and translator, Chorn Sok, suffered a traumatic head injury in March 2020.

Garcia quickly returned to Cambodia, before the COVID-19 pandemic really struck, and was able to gather a medical team to provide Sok with life-saving treatment. Sok is now on the long road to recovery.

While he was there, the Cambodian government reached out to Garcia with a message.

"Their whole government jumped in and said, 'Please, we'll give you this, we'll provide the support, and we'll make this a pilot program for the entire country,'" Garcia explained.

Garcia has been able to gather 60 people to his cause. His team is made up of doctors, nurses, surgeons, paramedics, and trainers from the U.S. and Cambodia. They plan to head back to the country in January to complete some paperwork with government officials. Then, they'll begin their three-year project to train ambulance workers toward a modern EMS system in June 2021.

"Let's build it on what they have so that it can stay and it can grow...rather than just dropping in and dropping of some supplies and taking off," Garcia said.

Now, Garcia is looking to raise more money for his non-profit through grants and donations. On top of that, he tells ABC11 they're looking for other volunteers, willing to offer a helping hand with things like grant writing, medical expertise, and even law.