Expert weighs in on shark attacks along North Carolina coast 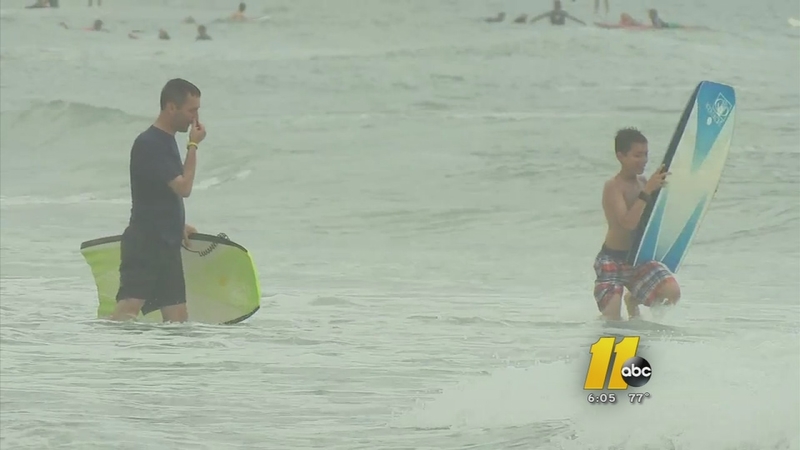 WRIGHTSVILLE BEACH, N.C. (WTVD) -- As many visitors to North Carolina beaches want to know why sharks attacked seven swimmers along the coast in the last three weeks, experts believe we may never know.

Plenty of people at Wrightsville Beach are getting into the ocean and playing in the waves, but some refuse to get too close.

"I don't go in that water all the way," said Wrightsville resident Debby Mery while sitting in her beach chair at the water's edge. "This is as far as I go!"

Cahoon said two of the seven attacks appear to be cases of mistaken identity where sharks went after kids on boogie boards that likely resembled prey. The other five attacks though left some victims without parts of their limbs or serious wounds to their back, mid-torso, and legs.

"Those were much scarier in that the sharks in each case did real damage to the victims and kept coming," said Cahoon. "What I would guess would be a bigger shark really tried to kill those people."

"Temperatures, sea turtles, bait fish -- well, show me the numbers, and we don't have them," he said.

With thousands of sharks swimming off our coast, thousands more people are visiting our beaches and moving on with their holiday with caution.

"Obviously, there's something going on this year that we just have to take a little bit of extra precaution, but this is their home," said Rachel Hyman of Wrightsville Beach. "We're visitors."

There haven't been any reported shark attacks at Wrightsville Beach. The town is anticipating large crowds for 4th of July celebrations on Saturday.