Drone operators warn surfer Matt Wilkinson about a nearby shark.

Matt Wilkinson was surfing at Sharpes Beach at Ballina when the team at Surf Life Saving NSW noticed a five-foot white shark just behind him, the organization said in a press release.

The NGO flies drones over popular surf spots to keep an eye out for sharks, and on this occasion, it helped Wilkinson make a lucky escape.

Wilkinson, 32, said he heard the shark warning over the drone's speaker but was surprised to find out afterward how close the shark had gotten to him

"I was surfing out the back at Sharpes Beach and just cruising on my own and I heard a splash and a noise and looked around and couldn't see anything," said Wilkinson, who said the drone pilot had advised him to return to the beach.

"I got to the shore feeling a bit weird and the lifeguards showed me the footage and I realized how close it came without knowing it was there," he said. "It looks like it's going for my leg and it's changed its mind."

Wilkinson -- who competed in the World Pro Surf League, winning three Championship Tour events -- said his wife told him not to surf for a few days following the near-miss.

"I feel grateful and pretty weird at the same time but happy it decided not to go me," he said.

The beach was evacuated and closed until Thursday, according to the press release.

The drones also spotted a large shark up the coast at Cabarita a few weeks ago, delaying the start of a surf competition.

Wilkinson said the drones make him feel more comfortable in the water because they see things surfers can't.

"It's nice to know if there's a big one around you can just come in and let them go by," he said.

"I've been surfing with sharks my whole life and I understand they're there and know enough about them to know they have not too much interest in humans."

Drone operator Beau Monks said he spotted the shark on his seventh flight of the day.

"It sort of came out of nowhere, then went right up to Matt," he said. "It moved pretty fast."

There have been at least six fatal shark attacks in the country this year, according to the Australian Shark Attack File at the Taronga Conservation Society Australia. There were no fatal attacks last year and only one in 2018, according to the society's database.

Most shark attacks against humans occur when the animal is confused, according to Encyclopedia Britannica. They "mouth" foreign objects to determine what they are and whether they're worthy of a meal. 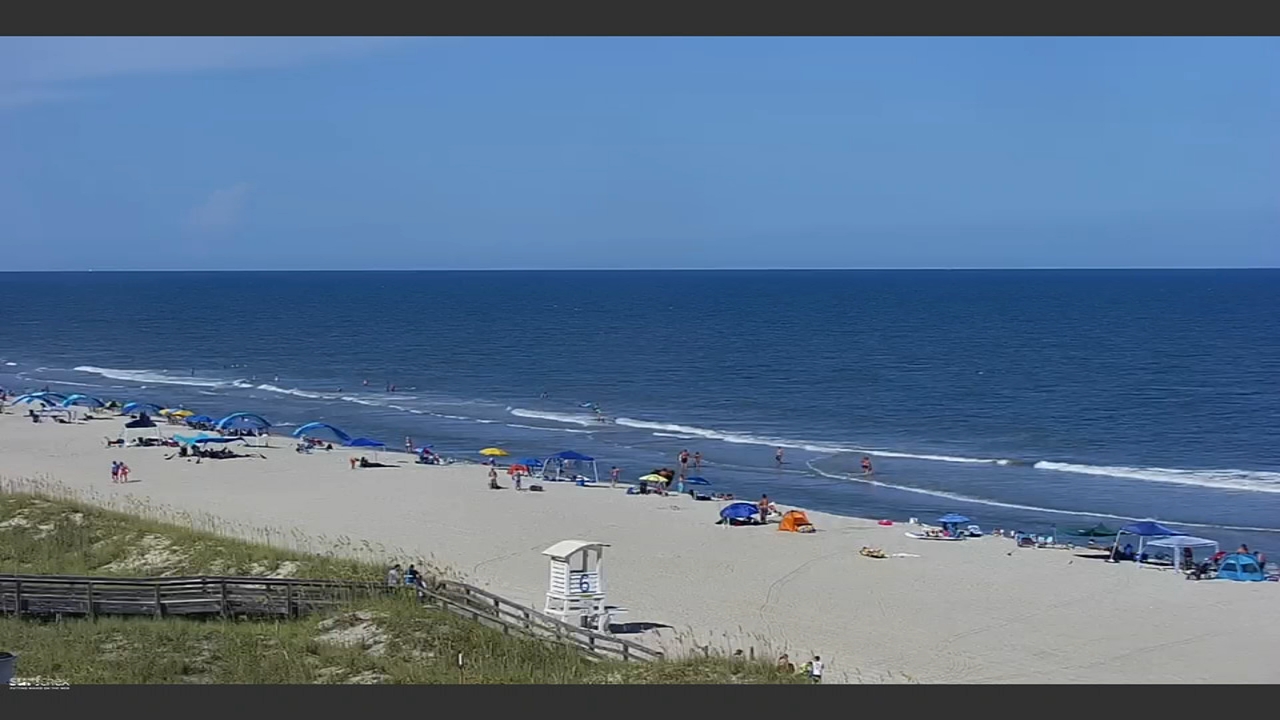 NC coast under warning after swarms of jellyfish lead to stings